Viking Idun collides with tanker on the Scheldt River 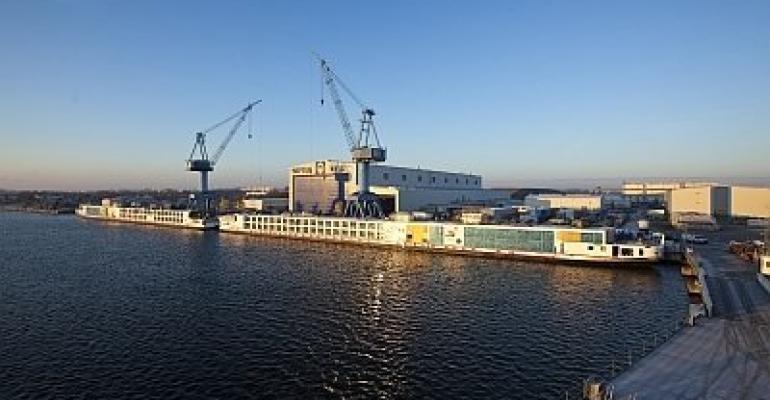 Viking Idun and Viking Njord shortly before delivery by Neptun Werft in 2012 PHOTO: Neptun Werft
Just over a week after the Viking Sky incident off the Norwegian coast, another Viking cruise vessel – this time a river vessel – was in a collision with a tanker on the Scheldt while sailing from Antwerp to Ghent.

According to statements issued by the emergency services of the Dutch province of Zeeland, Viking Idun collided with a Malta-flagged tanker, Chemical Marketer, off Terneuzen on the Western Scheldt in the early hours of April 1.

There were no injuries aboard the tanker but five people on Viking Idun suffered minor injuries, according to emergency services. Four were passengers, all cared for  on board Viking Idun by medical staff. One crew member was transferred to hospital for closer investigation.

Above waterline damage to both ships

Both vessels received damage to their hull above the waterline but remained safely afloat.

Viking Idun proceeded to nearest port Terneuzen for closer examination. The cause of the incident is unclear and will investigated by the Dutch authorities.

The accident occurred shortly after 2 a.m. local time Monday. According to the Zeeland emergency services, 135mtr long Viking Idun was underway from Antwerp to Ghent with 171 passengers and a crew of 44 when it collided with Chemical Marketer, en-route to Antwerp and loaded with petroleum.

All passengers remained on board Viking Idun; an evacuation was not required. There were no leaks on either vessel, and no cargo from Chemical Marketer was spilled.

Viking Idun was delivered by Neptun Werft as part of the extensive 'Viking Longships' series in 2012. She flies the Swiss flag and carries a maximum of 190 passengers.

Ocean-going tanker Chemical Marketer dates from 2004, and was en-route from Turkey to the Netherlands at the time of the collision.