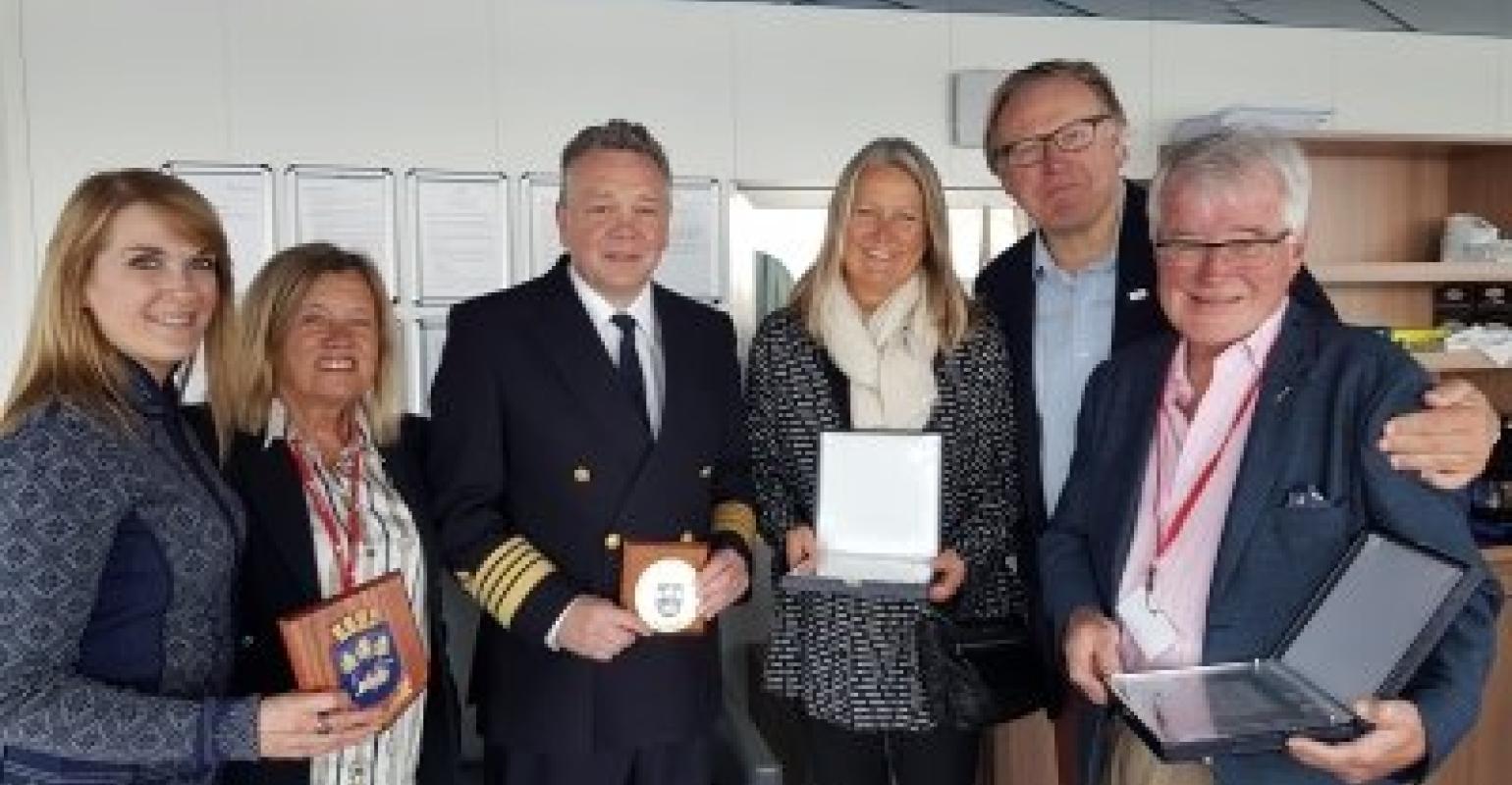 Viking Jupiter calls in Norway for the first time

Viking Jupiter made a first call to a Norwegian port Thursday when she was welcomed to Stavanger with a traditional plaque exchange on the bridge. Captain Atle Knutsen is very familar to both the city and the region, having both family and friends living there.

Mentioned during the ceremony were Stavanger’s expansion as a cruise port and Stavanger now being the first port in Norway, ever, with cruise calls every month. This year, Stavanger expects 240 calls (up from 185) and 480,000 cruise guests (from 333,000).

Former Mayor Leif Johan Sevland handed over the city’s Coat of Arms and Port of Stavager’s cruise director Anders Bang-Andersen followed with the port crest. Both indicated that Stavanger is ready for turnaround operations for up to medium sized ships.

Viking Jupiter is continuing her journey to a few more Norwegian ports, on her way to a naming ceremony in Oslo next Thursday.