Viking may have a shot at another world record 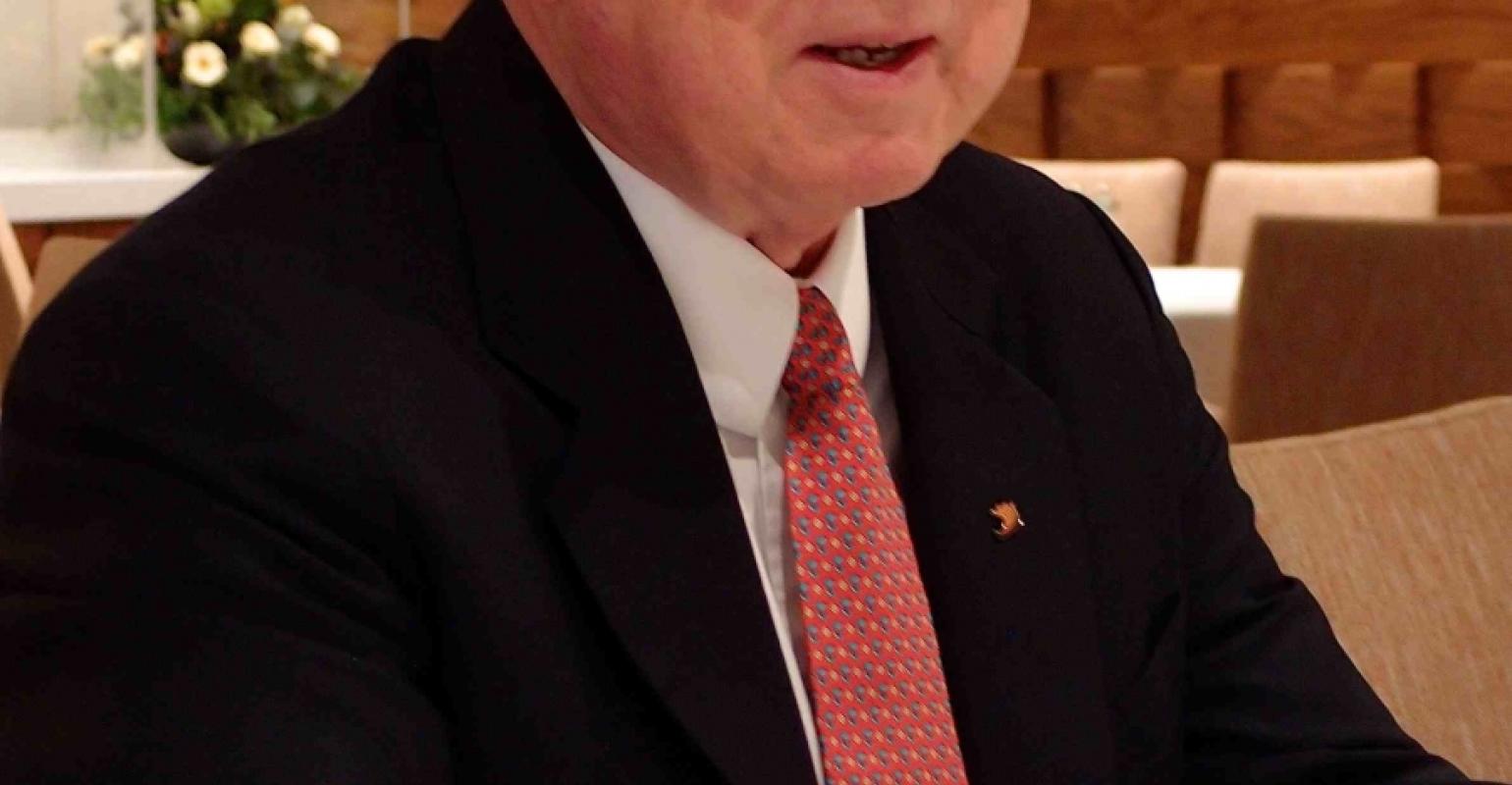 Torstein Hagen - Bergen mayor has invited 20,000 people to Viking Star's naming
Viking Cruises, which holds the world record for ships inaugurated in a day, could set another global mark when the company ushers in its first ocean-cruise vessel, Viking Star, in Bergen, Norway, in May.

Viking chairman Torstein Hagen said Bergen Mayor Trude Drevland, who is Viking Star's godmother, has invited 20,000 people to the festivities. This may be the most ever to attend a ship naming.

In a further twist, Viking vp Karine Hagen told Seatrade Insider another ship scheduled to call at Bergen on May 17 is Fred. Olsen's Black Watch, built in 1972 as Royal Viking Star, the first vessel in Royal Viking Line, which Torstein Hagen ran for several years in the early 1980s.

Karine Hagen said it's just a coincidence and there are no plans to draw any connection between Viking Star and Black Watch.

Viking, which named a dozen new river vessels in Amsterdam and Rostock on Tuesday, in 2014 had inaugurated nine Viking Longships in Amsterdam, three in Avignon and four in Rostock—making 16 in a 24-hour period. Plus, two more vessels were named a couple days later in Porto for a total of 18 in a five-day stretch.

This surpassed Viking's Guinness record of 10 vessels named in a day set in 2013.