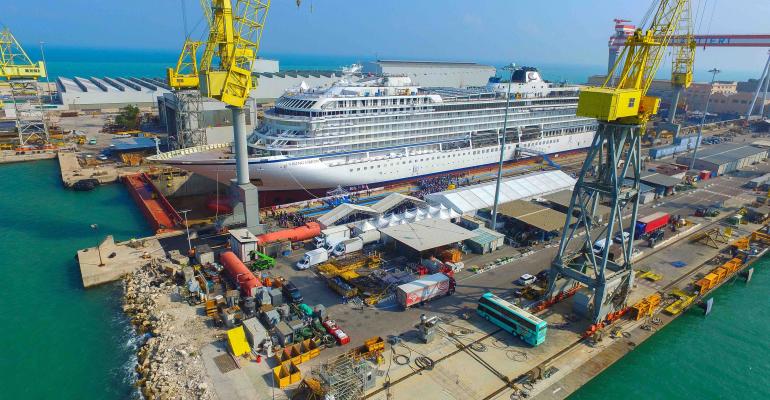 Sixteen ships is an all-time record, the highest number of ships from a single shipowner for a shipyard, according to Fincantieri CEO Giuseppe Bono
Viking Cruises and Fincantieri announced an agreement for six further ocean-going newbuilds, which will make Viking a 16-ship brand and push the global cruise ship orderbook to a stunning 100 vessels.

The agreement is subject to specific conditions. Fincantieri and the shipowner will be developing an advanced project based on the successful characteristics of the previous Viking ships, updated and revisited in line with the latest technologies available on the market.

Sixteen ships is an all-time record, the highest number from a single shipowner for a shipyard, Fincantieri CEO Giuseppe Bono noted. 'Furthermore, the agreement confirms the extraordinary moment of the demand in this sector,' he said.

As well, this consolidates Fincantieri's worldwide cruise shipbuilding leadership and lays the groundwork for a decade of work at its yards.

'When we launched our first ocean ship in 2015, we set out to reinvent ocean cruising. We focus on the destination, and we do not cram our ships with gimmicks and water slides,' Viking Cruises chairman Torstein Hagen said.

'In our first two years of operation, we have been named the No. 1 Ocean Cruise Line,' he continued, 'and this new order speaks to the positive response we have received from our guests and the industry. As we continue to expand our brand, we look forward to bringing guests to more destinations around the world and introducing them to the Viking way of exploration.'

This announcement comes just prior to the naming of Viking’s fourth ocean ship, Viking Sun, on March 8 in Shanghai. The vessel is currently sailing a sold-out 141-day world cruise from Miami to London (Greenwich), and its stop at Shanghai will mark Viking’s maiden call in China.

Viking Sun joins Viking Sky, Viking Sea and Viking Star. The line will welcome two more sister ships in the next two years, including Viking Orion this June and Viking Jupiter in 2019. Plus, 10 additional ships are now on order.