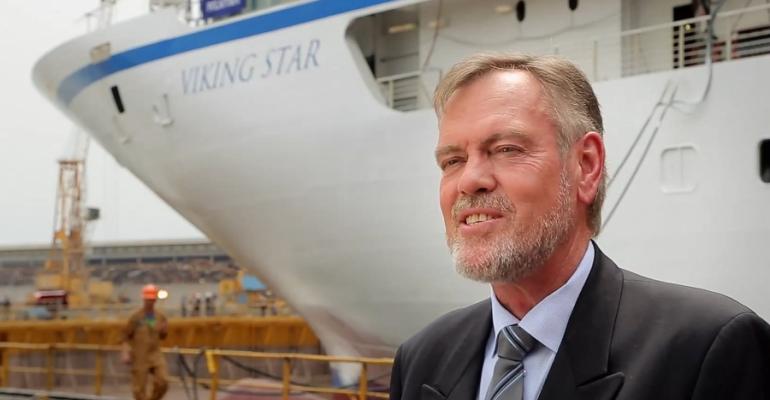 A Norwegian with 45 years of sailing experience, most recently as a Color Line captain, will command Viking Ocean Cruises' first ship. Capt. Gulleik Svalastog will helm Viking Star when it enters service in April.

Svalastog has held a variety of senior ship management positions and worked as superintendent for Norwegian Cruise Line and Crystal Cruises and as lead auditor for Det Norske Veritas.

In a Viking video introducing him, Svalastog talks about his love for the mountains, where he was born, and sailing and nature. The eldest son of a farmer, he should have taken over the family business but is allergic to hay and horses so, as he put it, fate and his Viking heritage decided a different course for him—to see the world.

'Sailing is in my blood. I love the sea and all kinds of boats,' Svalastog said, adding that after so many years at sea, the best ship was saved for last.

He is currently at Fincantieri's Marghera shipyard as part of the team overseeing Viking Star's final outfitting.

Svalastog will command the 930-passenger vessel during its maiden season in Scandinavia and the Baltic, and the western and eastern Mediterranean.