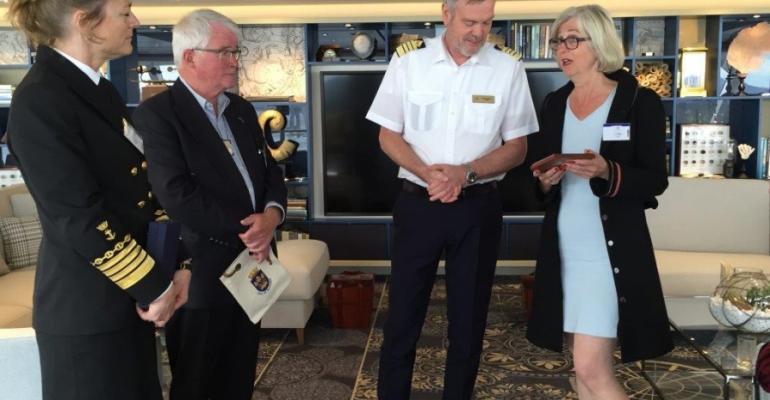 Newly named Viking Star visited Stavanger on Monday, its first port of call after the naming ceremony in Bergen at the weekend.

At a traditional plaques and key exchange on-board in Stavanger, Deputy Mayor Mrs Bjørg Tysdal Moe praised the ship and expressed enthusiasm over the number of Viking calls, both this year and next.

Port director Merete Eik invited crew members for a free sightseeing tour in Stavanger, on Viking Star's next stop. Captain Gulleik Svalastog indicated it might be a good idea that even he joined that sight-seeing as well.

Viking Ocean Cruises has booked sic calls in Stavanger this year, and 18 next year. Only P&O will make more calls in 2016, informs Anders Bang-Andersen, director of cruise development at the City of Stavanger.

Last year Stavanger welcomed 262,500 cruise passengers, and is expecting the same numbers this year, and more next year.