Viking ushers in six Longships, all with travel agent godmothers 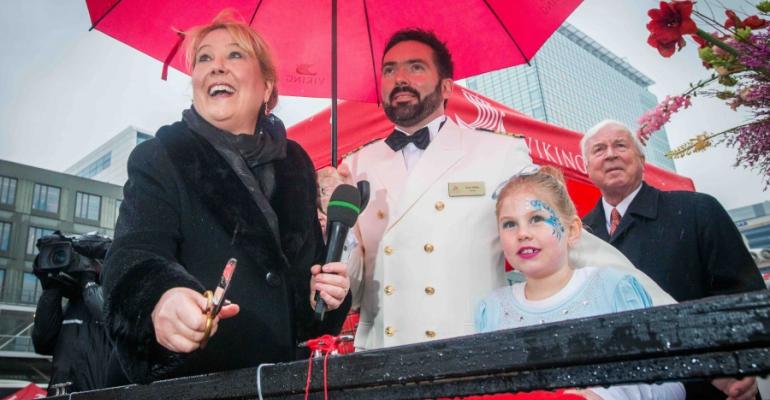 At festivities in Amsterdam Viking River Cruises expanded its fleet with six Viking Longships, all named by key travel partners who served as godmothers.

The event took place just one month before Viking Ocean Cruises will receive its second newbuild, Viking Sea, and two years after the company set a Guinness World Record for the most new ships launched in a single day.

Of the six new Longships, four will be deployed on Viking’s most popular itineraries on the Rhine, Main and Danube rivers; the remaining two will sail the Seine River on Viking’s 'Paris and the Heart of Normandy' itinerary. Later this month, Viking will also debut a seventh new river ship for 2016, Viking Osfrid, which is inspired by the Longships design and specifically built for the Douro River. This brings the company’s total number of ships in Portugal to three.

'River cruising remains one of the fastest-growing segments of travel, and we would not be the leading river cruise line without the help of travel agents,' Viking chairman Torstein Hagen said. He added that the partners chosen to name the company's newest ships are experts in their field, and 'as Viking has marketed the concept of river cruises over the last two decades, they have always recognized our value in the industry. We are honored to have their support and their participation in this year’s celebration.'