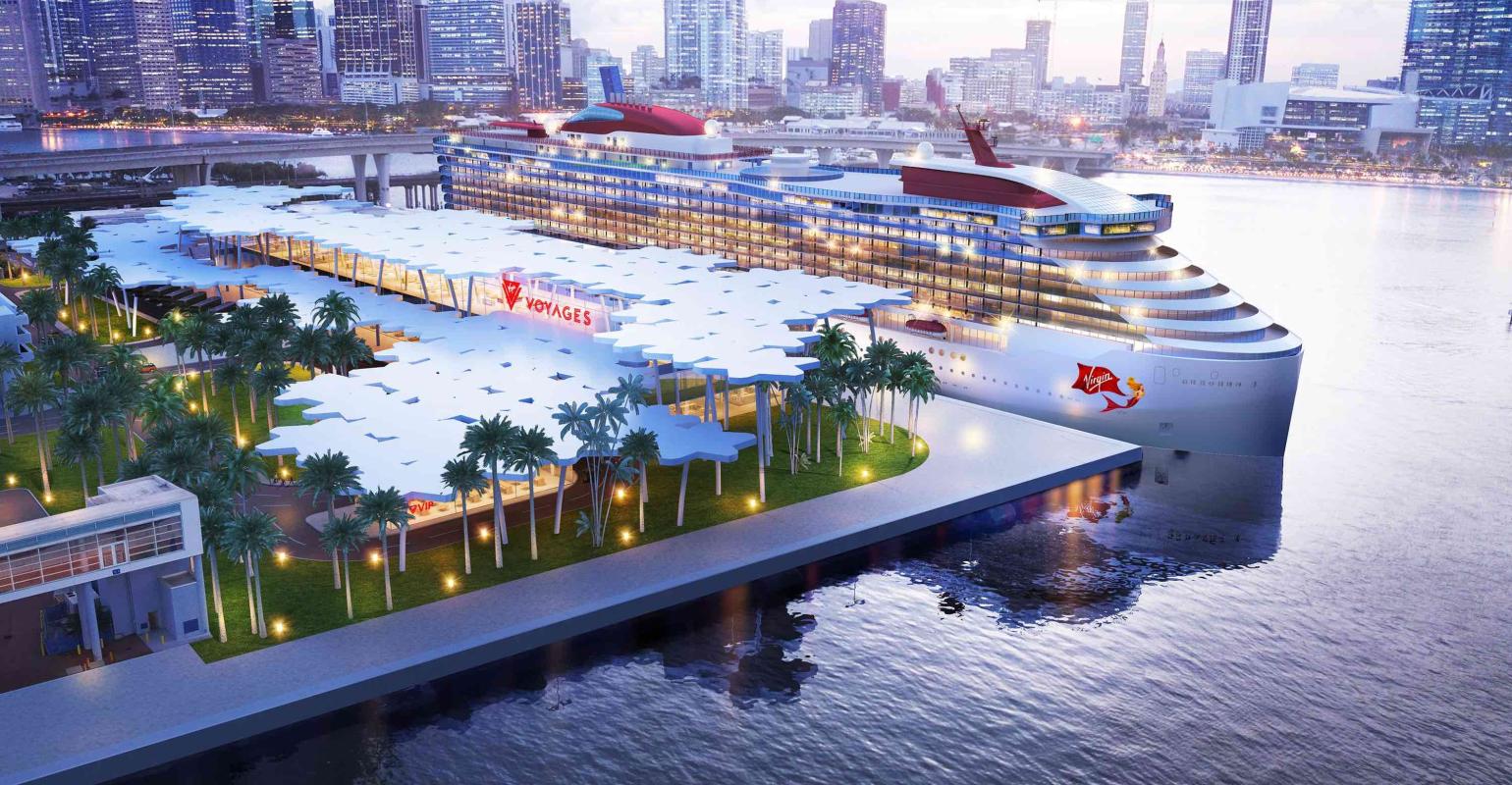 Virgin Voyages is getting new Miami terminal, two ships to sail from there

With this new terminal and a long-term commitment to PortMiami, Virgin Voyages also said its first ship, Scarlet Lady, will continue to sail to the Caribbean from Miami throughout 2021. The company’s second ship will sail from Miami during the fall/winter cruise season of 2021/22.

Bookings for Virgin Voyages’ inaugural season will open for sale on Feb. 14 for the general public and Feb. 5 for those currently holding pre-sale deposits. So far, the only destination announced, for some voyages, is Havana, Cuba.

The new Virgin Voyages Terminal will be located on the northwest side of the port, facing downtown Miami. Pending the Board of County Commission’s approval of a memorandum of understanding for construction of a new cruise facility, along with the subsequent berthing agreement, this project will start next year and is planned for completion by November 2021.

The terminal is expected to have a significant positive economic impact on the entire region and solidifies a vital homeport for Virgin Voyages as the company continues to grow.

'Miami is an incredible city and one of my favorite places to work and play,' Branson said. 'From our headquarters for Virgin Hotels, Virgin Voyages and now Virgin Trains USA, South Florida has quickly become another home for Virgin brands in the leisure travel sector.'

The new 100,000-square-foot terminal will be a palm grove-inspired design concept developed by the Miami-based designers from Arquitectonica. This encompasses a design that builds on Virgin Voyages’ design ethos of the 'Modern Romance of Sailing,' a new take on the formal grandeur and opulence of the ocean liner heyday.

The design is inspired by Miami Beach’s palm trees and the island’s historical origins as an area intended for harvesting coconuts. The terminal’s rooftop will resemble a palm tree grove with rooftop pockets that allow natural light to flow into the building by day, and up-lighting by night that will light up the iconic Virgin Voyages red logo and allow the facility to shine bright, mirroring the city’s skyline.

The two-story storm-proof glass facility will be replete with lush landscaping, giving the terminal a plaza-like feel with designated areas for drop-offs of VIPs, ride-sharing and provisioning, designed to provide a seamless shore-to-ship experience.

A LEED Gold Certification from the US Green Building Council is targeted for the terminal.

May 29 updates: 'Discover France' with CroisiEurope starting July, no Halifax cruise season
May 29, 2020

Canada extends ban on most cruise ships through October
May 29, 2020