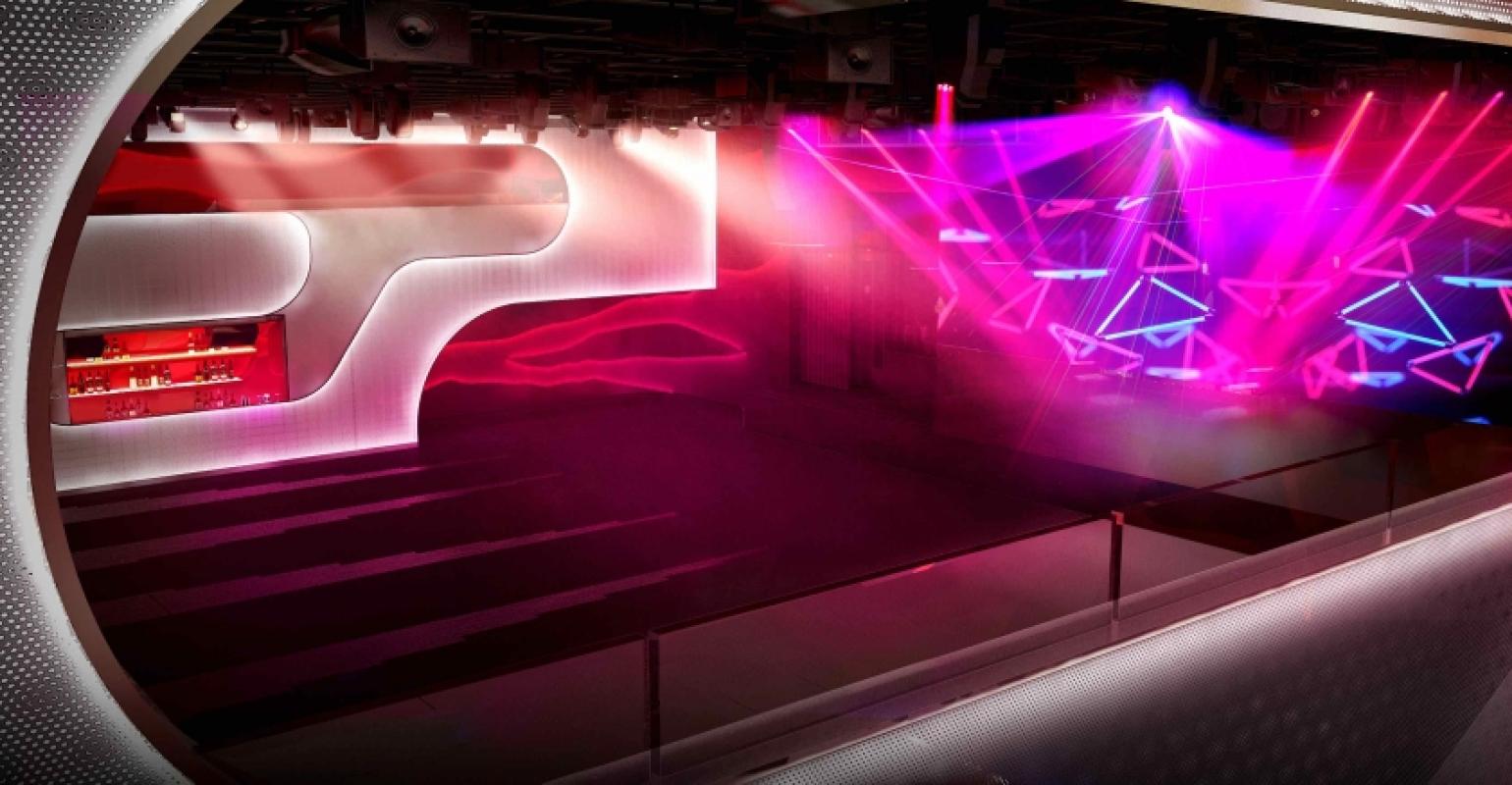 The Red Room in dance flat-floor configuration, one of its four modes RENDERING: Virgin Voyages

Virgin Voyages pulls back the curtain on Events & Gigs (entertainment)

Virgin Voyages plans a festival-like lineup of 'all-new, completely original' Events & Gigs developed by some of the world’s most-talked about producers, directors and artists.

Scarlet Lady entertainment will feature intimate and authentic Events & Gigs created exclusively for Virgin. Sailors (passengers) won’t just sit and watch shows, they may be asked to participate. The line will have no traditional cruise director but, instead, a dynamic group of individuals dedicated to making epic 'happenings' around the ship.

From modern takes on classic stories to interactive dance parties and off-the wall participatory acts, the experiences—Virgin said—will break down the fourth wall and push the boundaries of traditional stage performances.

To accommodate its variety of entertainment Virgin created The Red Room, designed by renowned architects WorkAC and theater consultants Auerbach Pollock Friedlander as a transformational multi-form theater. It will transform into four configurations, including traditional proscenium stage to alley stage used in fashion shows, to a dance flat-floor configuration and a reverse stage setup. This first at sea theater will enable Virgin to create different experiences each day of the voyage.

Scarlet Lady will feature six original shows that include a soon to be announced production by award-winning producer Randy Weiner ('Queen of the Night,' 'The Donkey Show,' 'Sleep No More').

'Phantom Folktales' is a collection of song-driven, micro plays throughout the ship, that seemingly appear out of thin air, and disappear just as quickly, created by PigPen Theatre Co.

'Ships in the Night' is an emotion-filled contemporary experience telling its story through the use of cutting-edge digital projection interwoven with the authenticity of the human condition, and 'Duel Reality' examines the age-old tale of Romeo and Juliet with a modern twist featuring acrobatic storytelling. Both performances were made possible through Virgin's collaboration with the innovative circus company, The 7 Fingers.

Additionally the creative development, production and installation of 'happenings' that will take place throughout the ship were created by Spark Cooperative.

To add to the overall vision, Tony Award-winning creative producer Jenny Gersten will serve as an artistic and production liaison between the core in-house Virgin Voyages entertainment team and other members of the the line's Creative Collective (which includes the noted architects and designers behind Scarlet Lady).

Virgin Voyages founder Richard Branson will celebrate his birthday bash among celebrity friends and fellow sailors aboard a four-night 'Havana After Dark' cruise departing July 15, 2020. The voyage is open for booking or anyone can enter for a chance to win a cabin for two, now through March 31, 2019, by following @VirginVoyages on Instagram or visiting RichardsBirthday.VirginVoyages.com.