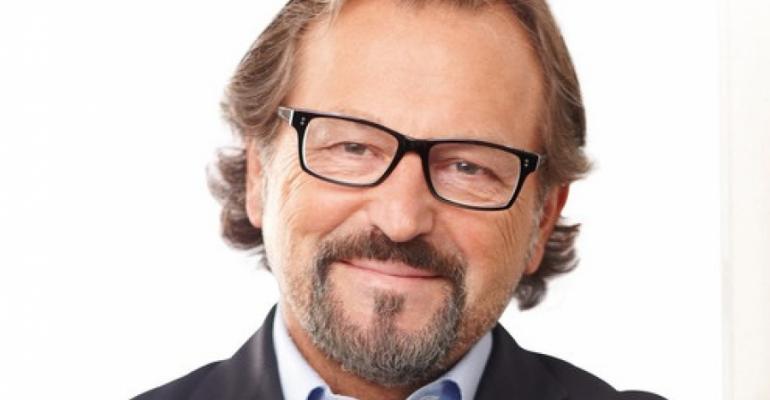 It’s official: Richard J. Vogel is giving up his position as ceo of TUI Cruises and is heading for a new future outside the TUI Group.

According to Friedrich Joussen, chairman of TUI AG, a successor has already been chosen and will be announced soon. Vogel will depart TUI Cruises later this year.

The announcement came only two days before the christening of Mein Schiff 3 – without doubt a highlight of Vogel’s impressive career, which started with an apprenticeship as an draughtsman.

After working in hotel tourism in the mid-1980s, Vogel became md of the ITC Club Calimera. In 1996 he switched to the cruise sector, becoming md of Arkona Reisen and was deeply involved with the creation of AIDA Cruises.

In 2000, Vogel became svp of Seetours, assuming responsibility for marketing, sales, revenue management, amongst others as well as corporate communications and brand promotion of the AIDA and A-Rosa brands.

After a successful spell with Seetours/AIDA, Vogel switched to the TUI Group on June 1, 2005. He initially served as director special projects, preparing TUI’s entry into ocean cruising as well as its joint venture with Royal Caribbean Cruises.

In April 2008, TUI Cruises was launched with Vogel at the helm.

He positioned TUI Cruises as a premium-segment product filling the gap between club cruising and traditional cruise products. Many doubted whether the German market was really in demand of such a product and yet another ‘big player’. It was, and Vogel’s strategy proved to match market demands.

‘Vogel has intensely contributed in establishing TUI Cruises, and he has embossed the company. I therefore regret his decision [to leave], but I can at the same time understand his desire to take up a new challenge and to go a new way after nine successful years with TUI and TUI cruises,’ Joussen commented last night.

Richard Fain, chairman of Royal Caribbean Cruises Ltd., added, ‘I deeply regret Richard J. Vogel’s decision. With his leadership skills and his passion he has established TUI Cruises into a dynamic and successful enterprise. I am very grateful for that.’

The succession at TUI Cruises’ top has already been decided – although it remains unknown who will head Germany’s second-largest ocean cruise operator in future. ‘Vogel integrated us into his planning at an early stage. We have therefore been able to plan and prepare a structured succession. His successor has been chosen and will be disclosed during the next few weeks,’ Joussen said.

Vogel himself said yesterday that he had deliberately chosen this point of time to leave TUI Cruises: ‘We have developed TUI Cruises into a successful and profitable venture. With Mein Schiff 3, we are taking our first purpose-built ship into operation. For me this is a good time to set a new course once more.’

Details about Vogel’s future activities have not been disclosed. TUI AG yesterday only confirmed that he ‘will take up a top management task outside the TUI Group’.

Vogel has been one of Germany’s most significant ocean cruising personalities: For the past two years he was chairman of the ‘Shipping’ Committee within the German Travel Association, DRV – a position which he handed over to AIDA’s Felix Eichhorn only recently.

Mein Schiff 3 will be christened in Hamburg by godmother, Helene Fischer, on Thursday night. Vogel will preside as TUI Cruises’ ceo as planned.