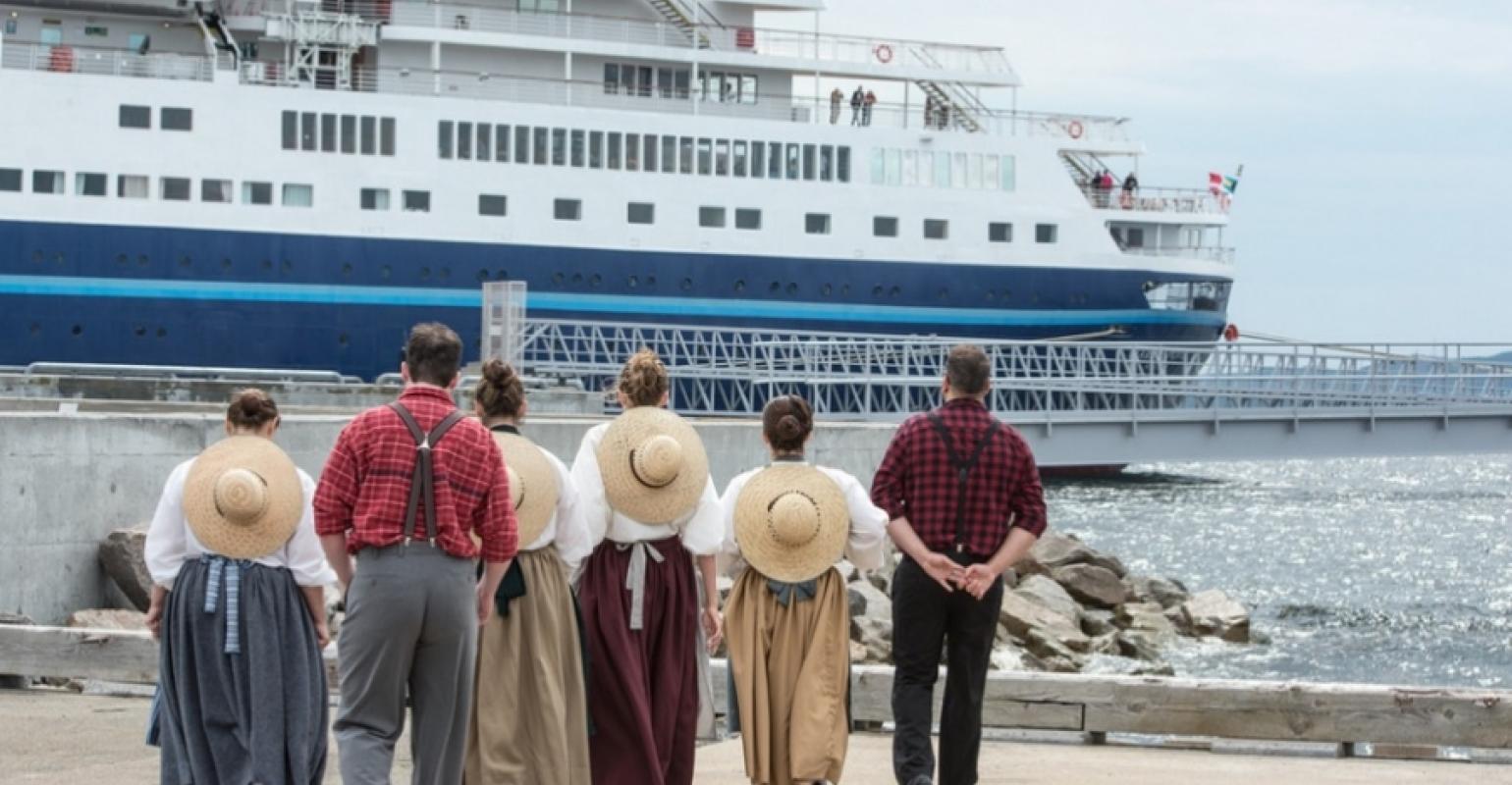 Roasted corn and maple-flavored cotton candy, a beach volleyball tournament for the crew and a party with music around a fire pit at the dock were among the special activities for Marco Polo's extended call at Québec's Sept-Îles.

Destination Sept-Îles Nakauinanu held special activities on the dock for passengers, crew and local residents including the corn roast, the friendly volleyball tournament between local players and the crew and the fire pit party with music by DJ MikeC and a S'mores bar with toasted marshmallows sandwiched between chocolate and graham crackers.

Fifty years after its maiden voyage between Leningrad and Montréal in 1965, the ship built as Aleksandr Pushkin visited Sept-Îles for the first time. Marco Polo carried more than 1,370  passengers and crew members.

This marked the second overnight stop in Sept-Îles for a Cruise & Maritime Voyages ship, following Astor's 2014 call. While Montréal and Québec City are the usual ports of choice for overnights on the St. Lawrence River, Sept-Îles hopes it left a great impression and put itself on the map for future overnight stops.

Besides participating in activities at the port, Marco Polo passengers visited one of the seven islands of the archipelago aboard Zodiacs or traveled to an authentic Innu camp, located near this First Nations community.

While several merchants in the Old Dock area are sometimes closed on Sundays and Mondays, they opened for Marco Polo's two-day stopover.

New visuals for the destination have been installed on the waterfront. Destination Sept-Îles Nakauinanu also put up flags and banners on the touristic circuit and provided graphics to merchants who meet the criteria governing Cruise the Saint Lawrence's new welcome strategy to enable them to identify themselves and offer special products for passengers.

The call also provided an opportunity to visit the revamped cruise terminal which includes a new Innu exhibition space, local artisans and tastings of regional products.

Marco Polo is scheduled to return to Sept-Îles on Sept. 27. Calls until Oct. 20 also include Crystal Symphony, Saga Sapphire, Silver Whisper and Maasdam.