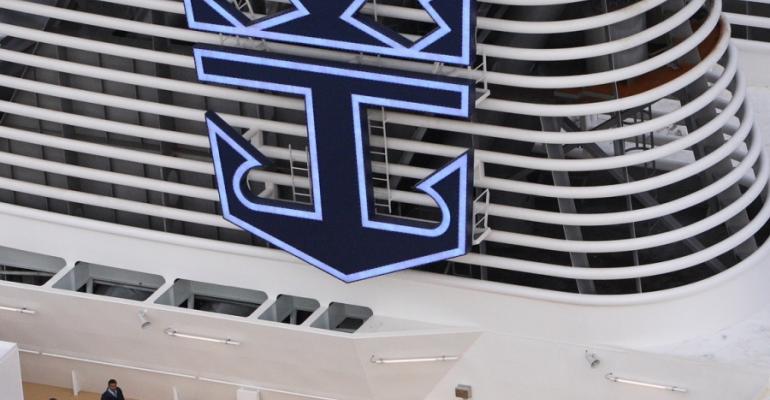 Net income was $46.1m, or 21 cents per share, 7 cents lower than Wall Street expectations and at the low end of the company's guidance of 20 cents to 30 cents EPS.

US GAAP profit, including restructuring charges and the impact of the operations of divested Pullmantur non-core businesses, cut Q1 profit to $26.5m, or 12 cents per share. In Q1 last year, Royal Caribbean's profit was $78.2m, or 35 cents per share.

Voyage disruptions caused by the closure of the Houston Ship Channel due to an oil spill, a fishing net floating in the sea near Tokyo that damaged a ship's propeller and Explorer of the Seas' norovirus outbreak hurt the recent quarter's yields by about 0.5%. Without those, earnings would have been above the mid-point projection.

Booking volumes for the past three months have been up about 16% year-over-year, with bookings for the past eight weeks up by more than 20%, stronger than typical post-wave periods. Royal Caribbean posted a record booking week at the end of February, which it called 'an unusual time for so much activity.' As a result, load factors and average per diems are higher than at the same time last year.

While the promotional environment in the Caribbean has contributed to the strong booking volumes as consumers respond to offers like kids sail free and on-board value adds, Royal Caribbean said demand has also increased for other itineraries.

Demand for European sailings from all key sourcing regions and for China sailings remained particularly strong throughout the period and double-digit yield improvements are expected for both products.

Royal Caribbean chairman and ceo Richard Fain said 2014 is 'developing methodically' along 'a positive trajectory,' adding that the company's strategy is 'proving itself nicely while strength in our global markets is more than compensating for a highly promotional Caribbean.'

In Q1 ticket revenue was in line with expectations across most key itineraries and, as expected, Caribbean yields were down slightly while yields in other itineraries were 'up nicely.' On-board revenue yields rose 3.4% as the company continued to benefit from fleet upgrades and on-board revenue management initiatives.