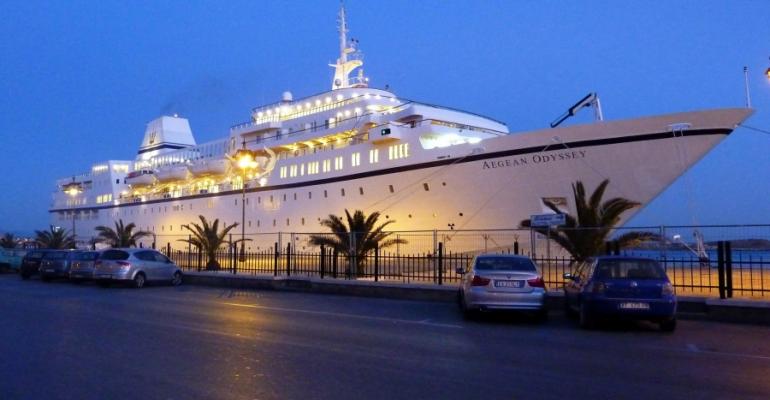 Aegean Odyssey - small enough to sail up Spain's Guadalquivir to Seville
Voyages to Antiquity's 2015 Mediterranean brochure features more than 16 new destinations, river cruising in Spain, overnight stays in Morocco and air bundled into the US pricing.

'In addition to hallmark destinations from past seasons such as Greece, Turkey and Italy, the 2015 season ventures to Spain, France, Morocco and Gibraltar, offering an even more comprehensive selection of port-intensive voyages,' said James Applebaum, VP sales and marketing for Voyages to Antiquity.

Plus, cruising along Spain’s Guadalquivir River is possible due to the size of the 380-passenger Aegean Odyssey.

'The combination of ocean and river cruising on a single voyage, and the seamless transition between the two, makes these itineraries truly exceptional,' Applebaum said.

This season also marks the line’s shift to air-inclusive pricing for all voyages. Already included in the rates were hotel stays, guided shore tours, on-board gratuities, wine with dinner and an extensive lecture program.

Highlights of the 2015 Mediterranean cruise season include Spain, where passengers can explore the Roman and Moorish past of Málaga, Barcelona and Cordoba and sail up the Guadalquivir River to the heart of Seville.

French ports include the Riviera's Villefranche, as well as Marseilles, Avignon and the UNESCO World Heritage site of Carcassonne.

Cruises featuring Morocco include hotel stays in Marrakesh and Fez, an overnight stay aboard Aegean Odyssey in Casablanca and extensive land tours including the Roman ruins of Volubilis.