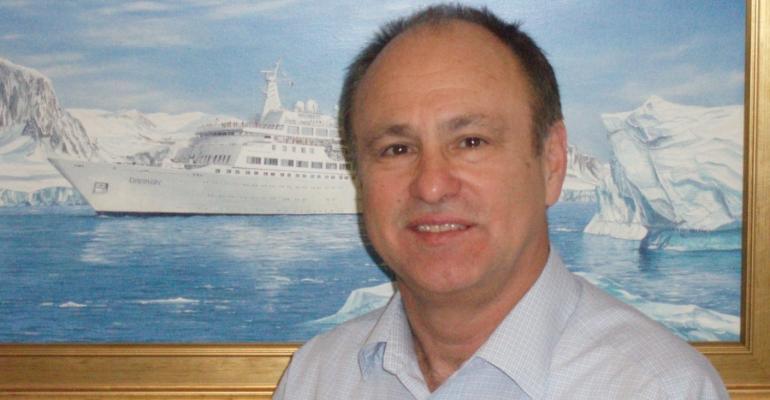 David Yellow (above) plans to retire in 2016; Jos Dewing appointed as md designate

Voyages to Antiquity has appointed Jos Dewing as svp global sales & marketing and managing director designate, as current md, David Yellow scales back his involvement with the cruise line and plans a 2016 retirement.

Dewing will assume his role in December 2014.

The appointment comes as the UK-based operator seeks to develop its brand marketing awareness and build on its growing agency and partner sales.

Dewing previously founded a specialist travel marketing consultancy and has also sat on the board of directors at All Leisure Holidays where he controlled e-commerce, sales and marketing for two of the company’s niche cruise lines, Swan Hellenic and Voyages of Discovery.

More recently Dewing has been md of luxury and niche cruise specialist, The Cruise Line.

‘I worked closely with Jos during my time as managing director of Voyages of Discovery and followed his progress closely after I left to start Voyages to Antiquity,’ said Yellow.

‘He will bring a new dynamic approach to our worldwide sales and marketing efforts. I will be scaling back my involvement over the next couple of years during which time I will be handing over responsibility for other aspects of the business to Jos before I retire in 2016.’

Yellow rejoined his mentor, Gerry Herrod, in 2009 when Voyages to Antiquity was launched. Yellow, who worked for Herrod as a member of the founding team of Ocean Cruise Lines in 1984 and Orient Lines in 1992, became md of Discovery Cruises in 2003. The brand was acquired by All Leisure Group in 2005.

Voyages to Antiquity’s single vessel,  1973-built Aegean Odyssey, sails through the Mediterranean and surrounds over the summer season before venturing further afield during the winter months. Winter 2014-15 sees 16-25 day itineraries which, as well as a full cruise programme, include land-based explorations with itineraries including tours to places like India’s Golden Triangle, or Cambodia’s Angkor Wat. The vessel will return again in April 2015 for another season of in-depth Mediterranean, Aegean ad Adriatic adventures.

Dewing added ‘Voyages to Antiquity is an exciting brand with a completely differentiated proposition in the cruise marketplace today. It appeals to a growing and emerging group of travellers who are seeking more from their cruise experience and truly wishing to get under the skin of the new places and cultures that they visit. I am extremely excited to be joining this company at a time when discovery, destination and culture are all ranking so highly on the modern traveller’s wish lists and equally as it looks to develop its trade relations and marketing approach globally.’