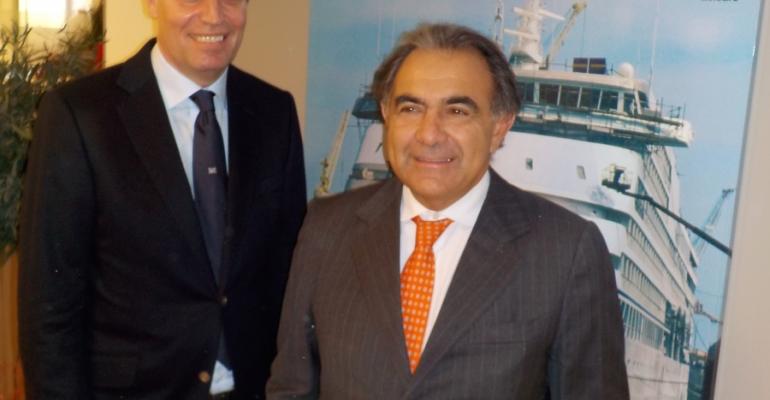 It was certainly a night to remember when V.Ships celebrated its 30th anniversary in the ballroom of the stylish new Monaco Yacht Club located in the centre of the city state’s main harbour last week.

That same evening ruler Prince Albert II’s wife Charlene gave birth in hospital to royal twins: Jacques, next in line to the throne of the Principality, and his sister Gabriella.

A riot of joyous celebration immediately broke out, the clifftop royal palace ablaze with sweeping laser lights as a royal 42-gun salute  - i.e. 2 x 21 – sounded in honour of the twins’ arrival, and all the superyachts and other vessels in the harbour joined in on their ship’s horns.

V.Group ceo Clive Richardson began his address to the assembled 150 dinner guests with a champagne toast to the newborns, before launching into a brief reflection on how the world had changed in the last three decades.

V.Group too, he reflected, a point reinforced by a following tribute from Manfredi Lefebvre, chairman of Silversea Cruises, an early client of the ship management company, which today has grown into the world’s largest ship manager as well a leading independent provider of outsourced technical and marine services, including consolidated purchasing (Marcas) and crew travel.

The following day V.Group chief technical officer Andrea Zito and V.Ships Leisure commercial director Per Bjornsen told Seatrade Insider how the group currently manages 25 cruise ships across almost a dozen different brands, out of a total portfolio of some 650 ships under full technical management and 350 under crew management.