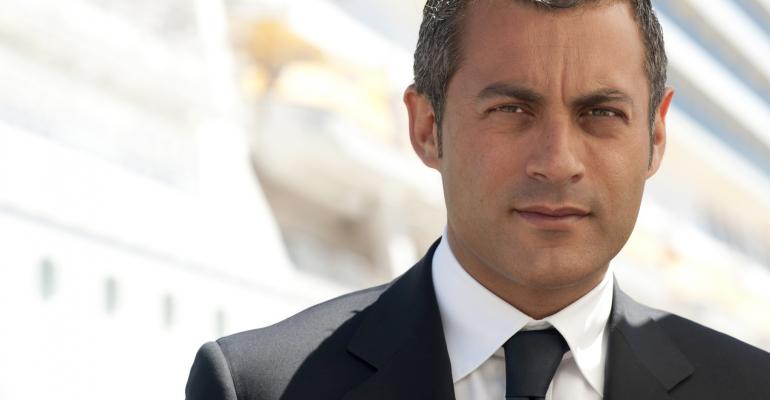 His remit covers the ports of Palermo, Termini Imerese, Trapani and Porto Empedocle.

‘Western Sicily’s ports have extraordinary potential for expanding as a cruise destination, as well as in shipbuilding, yachting and more generally in the Blue Economy,’ Monti remarked.

Speaking to Seatrade Cruise News during the Italian Cruise Day 2017, organized by Risposte Turismo’s tourism research and consultant company held in Palermo last Friday, Monti explained, ‘Palermo, Termini Imerese, Trapani and Porto Empedocle have all developed with different histories, but we now want them to grow through a complementary strategy, drawing an industrial roadmap for the four ports following market needs.’

The former president of Civitavecchia Port Authority (2011-2015) and president of the Italian Port Association from 2013 to 2017, Monti also contributed to the reform of Italy’s port network which has seen most ports grouped into 15 so-called Autorita di Sistema Portuale (ASP).

The president of Western Sicily’s ASP is working to regain more cruise traffic through the development of modern and efficient infrastructures alongside enhancing the tourist offering on the island’s western shores.

‘Among the objectives of my mandate is to make Palermo a homeport for the major cruise companies and larger ships, while providing the other three ports with facilities to accommodate smaller ships,’ Monti explained.

Palermo’s new port regulatory plan, which is in the final phase of approval after many years, ‘reconsiders the relationship between the city and the harbour area, making the waterfront open to the city and requalifies areas of both the harbour and along the Palermo seaside, starting from Sant’Erasmo, Arenella and Acquasanta’s smaller pleasure boating and fishing marinas,’ Monti continued.

‘We want to modernise the area handling ferries and cruise ships, which currently berth alongside the Vittorio Veneto, Piave and Santa Lucia quays. We want to build a new cruise terminal on the Sammuzzo quay, which is positioned alongside (and south of) the Vittorio Veneto quay, today the site of the passenger terminal.’

A competition to design the new cruise terminal and a new multipurpose terminal on Piave quay, will be launched soon and open to the international community.

The new multipurpose terminal will also accommodate the ASP offices currently spread in a series of low buildings which will be knocked down to provide an unobstructed view of the port from the city and vice versa, ‘ Monti explained.

‘In the meantime, we have authorized dredging up to an 11mtr depth in Palermo and Termini Imerese ports in order to accommodate larger ships and will study enhancements to both Trapani and Porto Empedocle,’ he added.

Situated east of Palermo, Termini Imerese is an industrial port where we want to improve operations without forgetting the smaller cruise ships already operating from it, he continued.

This area presents an attractive destination with access to the Himera archaeological site and the remains of Cefalà Diana Terme, dating back to Arab rule.

Facilities at the ports of Trapani on the western tip of Sicily and Porto Empedocle, both currently receiving cruise ships, are being studied too to see if the infrastructure needs to be enhanced.

‘We are working to maximise already-known, or lesser known, areas of tourist interest such as the archaeological areas of Segesta and Selinunte and the Phoenician site on the small island of Mozia, Trapani’s old centre or the medieval village in Erice,’ said Monti.

Porto Empedocle is situated at few kilometres from Agrigento’s UNESCO-listed Valley of the Temples, the birthplace of Italian author Luigi Pirandello, the striking white cliffs of the Stairs of the Turks and the Platani rivers natural reserve, to mention some of the most interesting attractions in the area,’ Monti concluded.