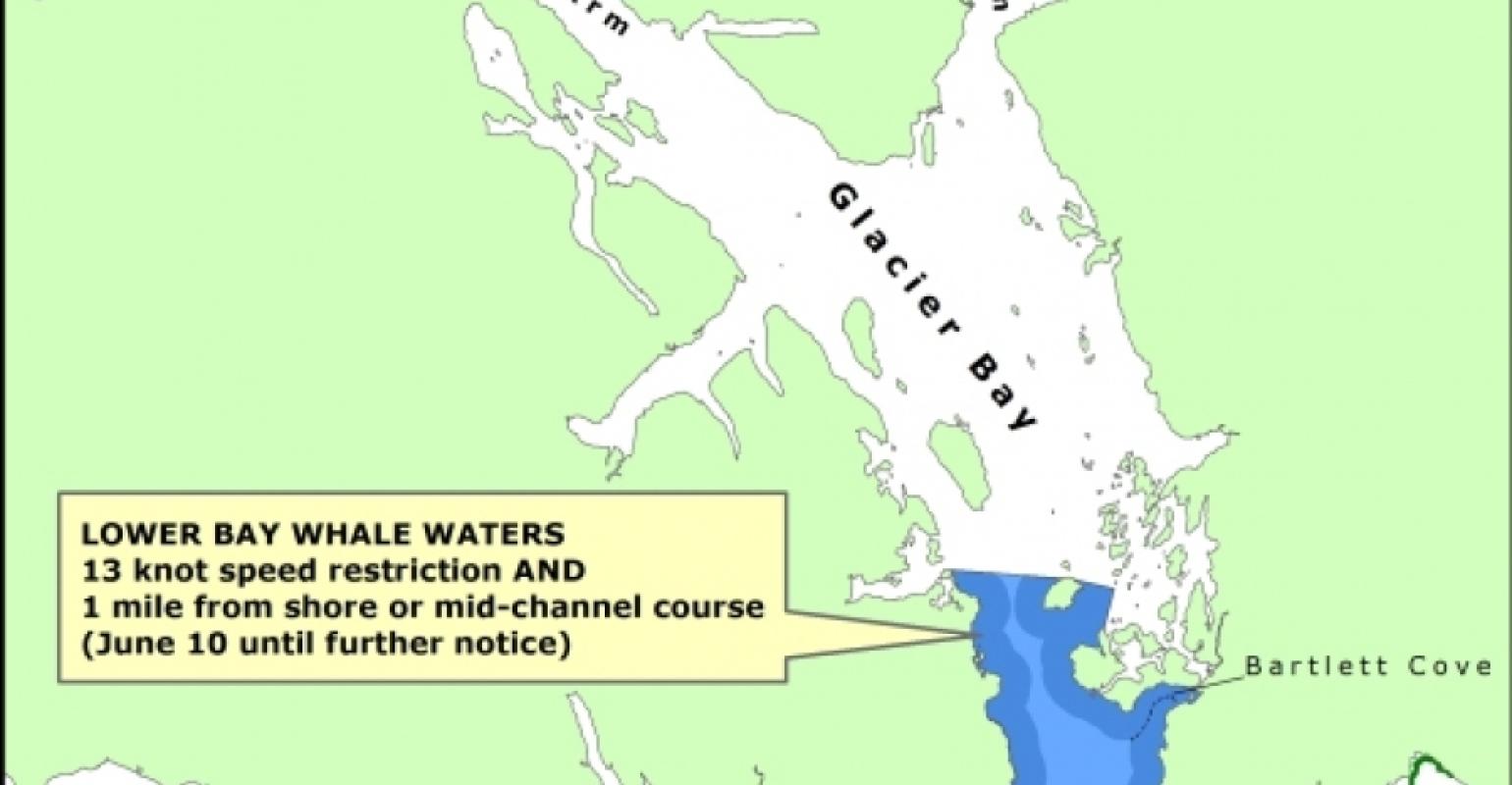 A vessel speed limit of 13 knots will be in effect from 5 a.m. Tuesday in Alaska's lower Glacier Bay. Over the past several days, at least 14 humpback whales have been observed feeding in this area,  according to Glacier Bay National Park and Preserve acting superintendent Tom VandenBerg.

The speed limit had been raised to 20 knots on June 5 due to a decrease in the number of humpback whales in the area.