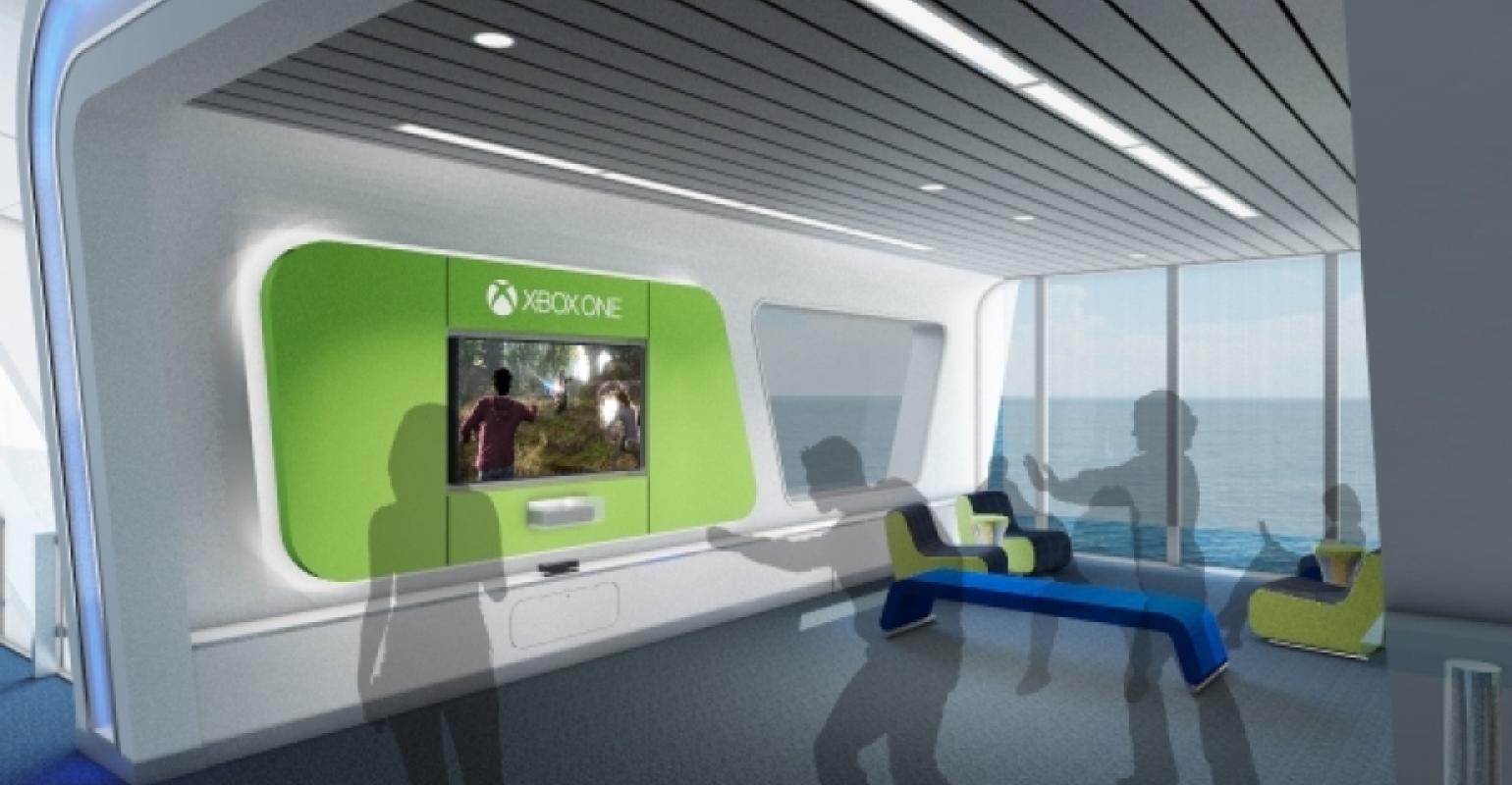 Quantum of the Seas’ connectivity will make it possible for one of the SeaPods in SeaPlex to become a live global video gaming suite where cruisers can play Xbox Live and compete with other gamers worldwide
Quantum of the Seas will debut Royal Caribbean's blazing-fast broadband during its inaugural season from the New York area this winter, and both Oasis of the Seas and Allure of the Seas will offer it by year's end, Bill Martin, vp and chief information officer, told Seatrade Insider.

Over time, as necessary equipment is installed, Royal Caribbean aims to offer the high-speed broadband on as many of its ships as possible, Lutoff-Perlo said. However, this depends on where the vessels operate.

Due to satellite positioning, Quantum of the Seas will not be able to provide the fast connectivity throughout the ship's 53-night 'global odyssey' repositioning from Bayonne, N.J.'s Cape Liberty to Shanghai (Baoshan) next spring. But the service will be available for the ship's year-round China deployment.

Allure of the Seas will have it by mid-October, and Oasis of the Seas by year's end, after returning from its drydock in Europe, Martin said.

All the equipment has been installed on Oasis and the ship has been trialing the system in the Caribbean with the four initial O3b satellites launched. The equipment needs only to be adjusted now that O3b's second batch of four satellites is in orbit, Martin added.

With speeds that match fast broadband connections onshore, cruisers will be able to watch streaming video, check email, share images on social media and have face-to-face video conversations. Quantum’s connectivity will make it possible for one of the SeaPods in SeaPlex to become a live global video gaming suite where cruisers can use Xbox Live and compete with other gamers worldwide.