A wild ride for global markets 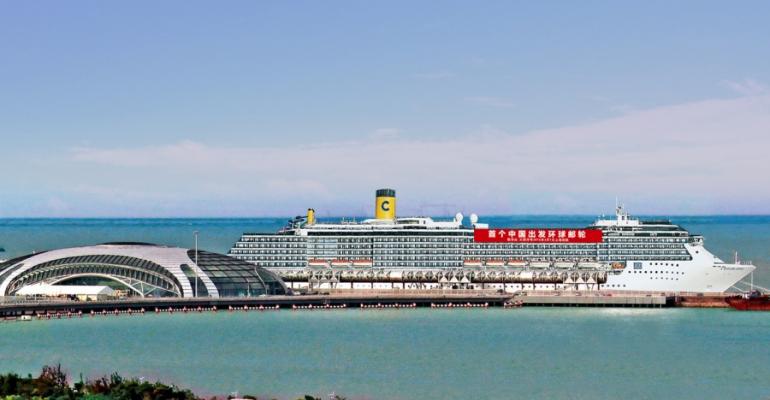 Beyond stock market corrections, how will China's economic slowdown impact demand for cruises? Costa Atlantica is pictured at the start of its world voyage from Shanghai, where the main index fell 8.5% on 'Black Monday'

Cruise shares fell sharply then bounced back and eventually settled lower—Carnival down nearly 4% and Royal Caribbean and Norwegian Cruise Line Holdings both off 2%—in a ride that mirrored the general market.

The Dow Jones Industrial Average plunged more than 1,000 points just after the opening bell in its most dramatic intraday trading ever, according to Reuters. Then the Dow recovered most of those losses before dropping again nearly 600 points to close at 15,871.

With the index off more than 10% from its high in May, the Dow is officially in a correction, along with the S&P 500.

The sell-off again was triggered by China where the main Shanghai index fell 8.5%, wiping out its gains for the year.

Like many other stocks, cruise shares traded in exceptionally high volumes.

For cruise operators, the bigger picture is what China's economic slowdown means for consumer demand in an emerging market that has been growing by leaps and bounds.