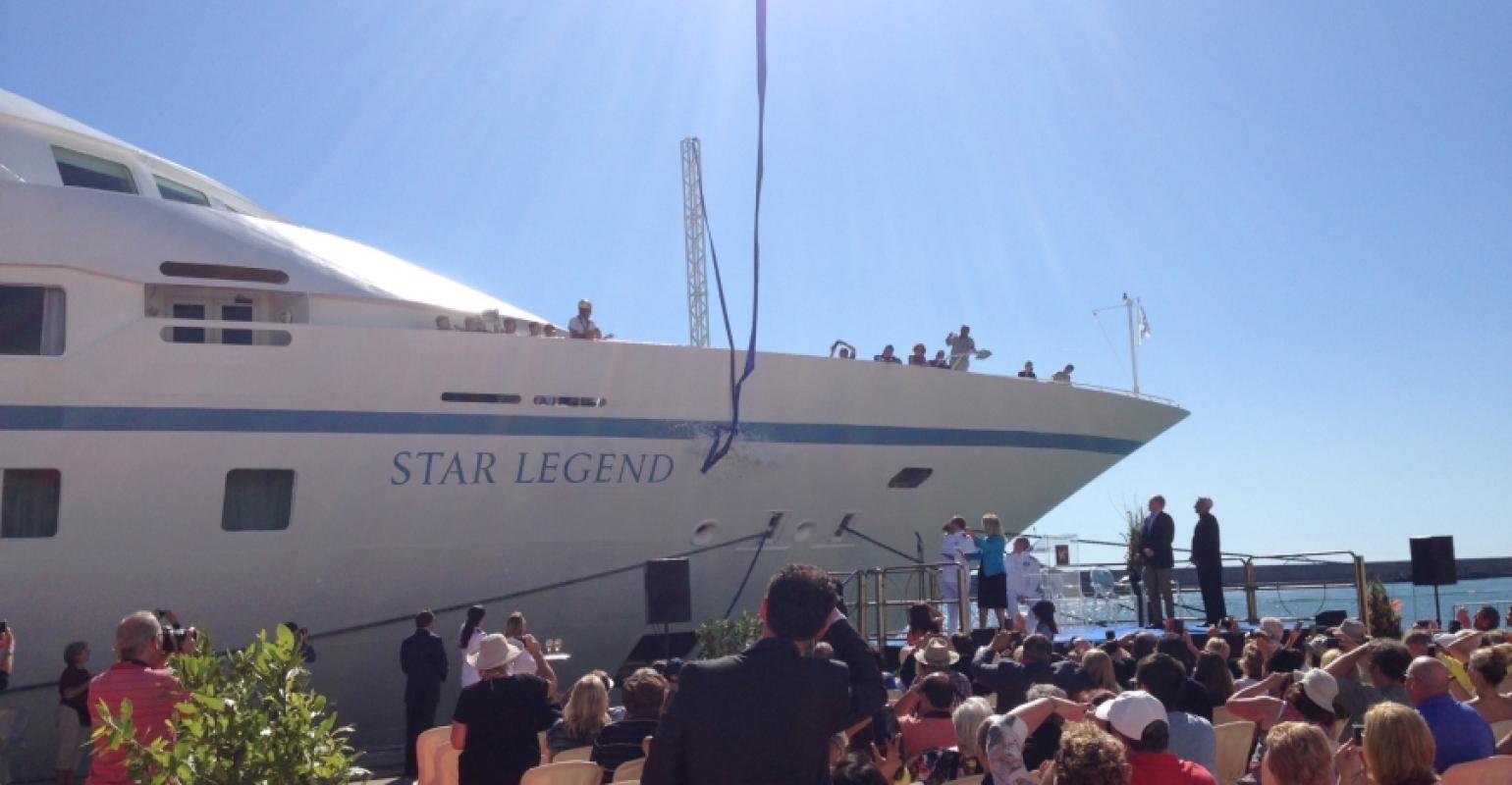 Gloria Bohan, president and ceo of Omega World Travel and Cruise.com, served as the godmother and smashed a bottle of champagne over the bow in front of 250 guests, media and trade partners.

Star Legend had just completed a three-week, $8.5m renovation in Genoa that included overhauls of every public space, dining venues and suites.

The outdoor Star Deck was expanded by four feet on each side to provide more space for lounging and now offers a new counter-current pool and whirlpool. The top deck observation lounge was transformed into Windstar’s Yacht Club, a coffee bar and lounge.

The entertainment lounge was renovated with new flooring, lighting and furniture, while the club space turned into Compass Rose, with new contemporary furnishings, rich flooring finishes and plantation shutters. The card room is now the Star Screening Room for movies.