Work to stabilize Costa Concordia for the winter is under way 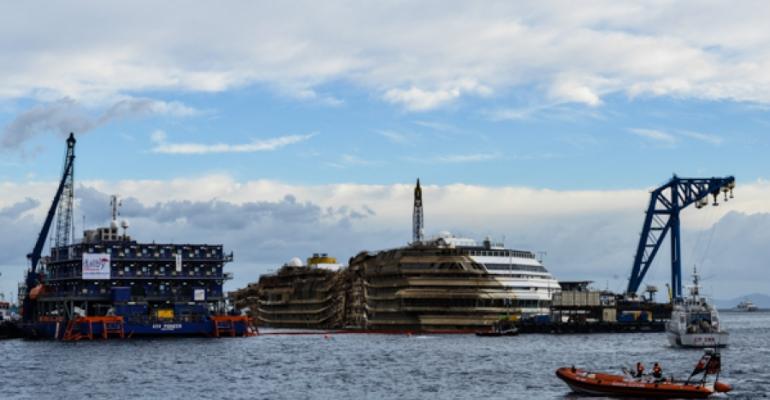 Latest image from the site

As the winter nears, efforts to increase Costa Concordia's stability are in progress at Giglio. Last week's adverse weather and marine conditions—which caused minor movements of the wreck atop its artificial seabed platform—confirmed the need to further stabilize the ship for the winter.

'Winterization' work, according to The Parbuckling Project, includes positioning an additional hold-back system to control movements of the bow, installing removable grout bags in the space between the wreck and the rocks where the ship grounded and positioning tubular structures that will connnect the underwater platforms to the wreck itself via the top of the seaside sponsons.

Meanwhile, structural surveys on Costa Concordia's smashed starboard side are in progress to determine the repairs needed before the 15 sponsons are positioned for the refloating phase.

On Monday afternoon, Emergency Commissioner Franco Gabrielli of Italy's Civil Protection Authority, Observatory chair Maria Sargentini and representatives of Costa Crociere and the Titan-Micoperi salvage consortium met with Giglio Mayor Sergio Ortelli and townspeople to update them on activities at the site.