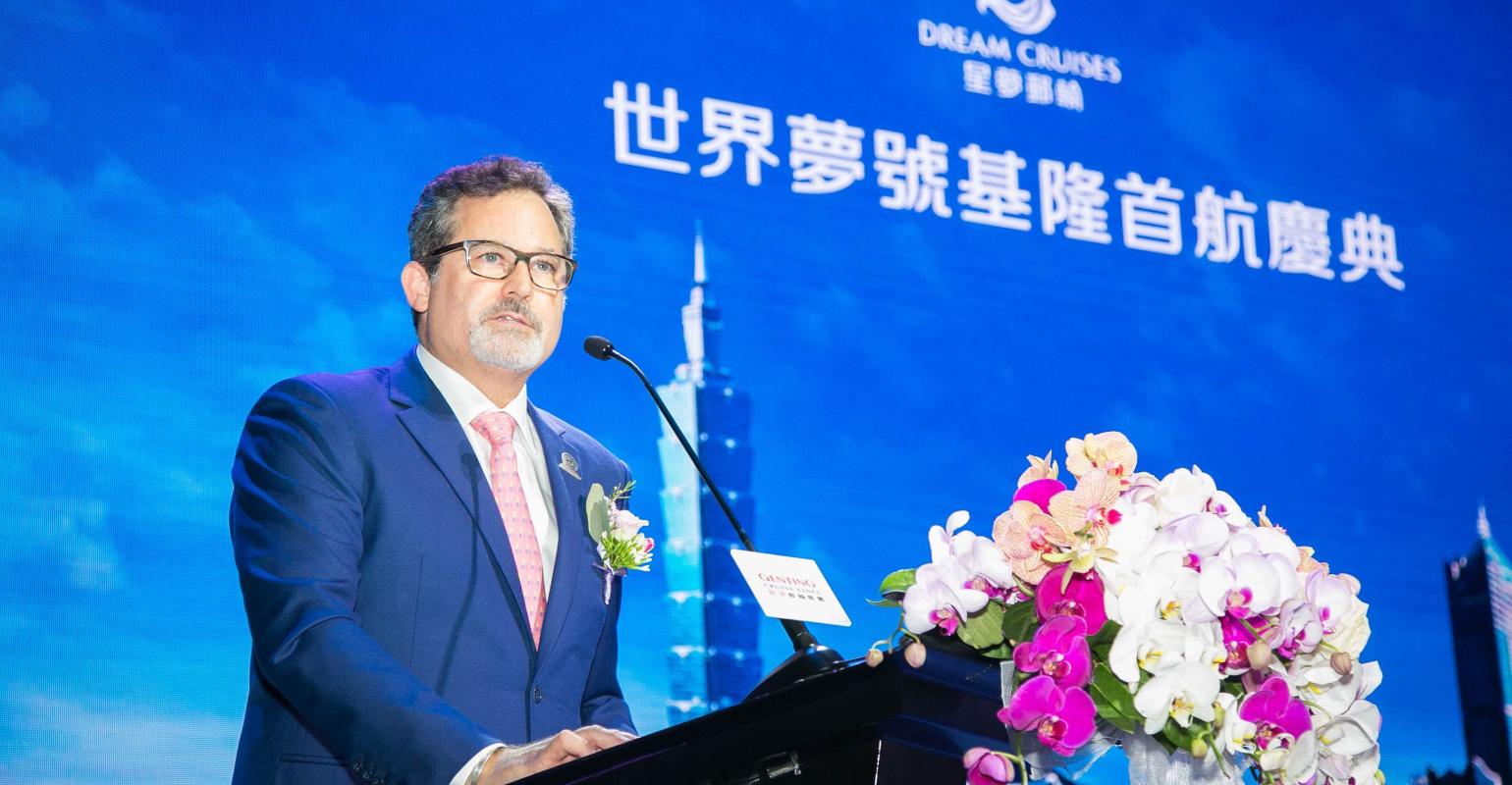 With three special sailings in July and August, World Dream will carry more than 10,000 passengers from Hong Kong and international regions to Taiwan, contributing NTD$160m in tourism benefits.

Following their cruise, these passengers continue on a three-day tour to Taiwan's most iconic landmarks. Meanwhile, 12,000 Taiwanese travelers have the opportunity to take a round-trip cruise to Okinawa, right from their doorstep in Kaohsiung or Keelung.

'Keelung has played such an important role in the history of Genting Cruise Lines and we are proud to bring our latest Dream Cruises ship, World Dream, to continue our support of this key port city,' Dream Cruises President Thatcher Brown said.

Over the years, Genting Cruise Lines has supported the development of Taiwan cities including Keelung, Kaohsiung, Taichung, Tainan, Hualien, Penghu, Jinmen and Matsu. Since its first voyages to the country with the deployment of Star Pisces in 1994, the company has carried more than 5m passengers to and from Taiwan.

During its ongoing homeport deployment in Keelung, SuperStar Aquarius has helped Taiwan become Asia's second largest source market for cruising and contributed NTD180m to the economy in annual provisioning and NTD180m a year in passenger and port fees.

'Illustrating our commitment to the development of the cruise market in Taiwan, next year we will expand the deployment of Dream Cruises to 10 sailings in March to October, which will bring over 40,000 in-bound tourists to Taiwan, while providing inspirational journeys to local cruise enthusiasts right from their doorstep,' Brown said.