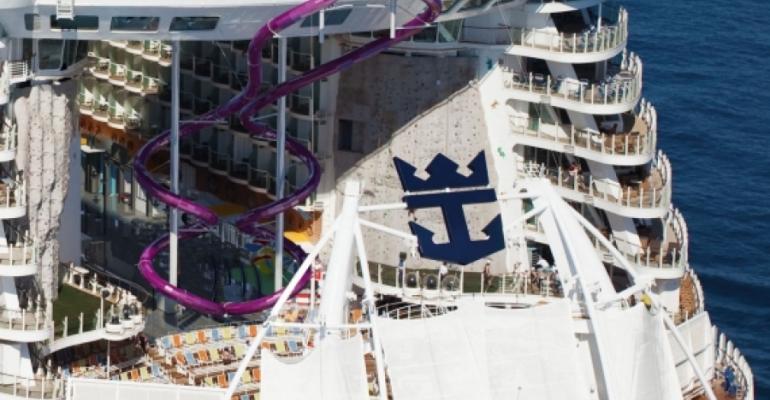 Harmony of the Seas, world's largest cruise ship, will sail year-round from Port Everglades, along with another biggie, Allure of the Seas, while Oasis of the Seas will be at Port Canaveral

Bookings are now open for the line's 2017 and 2018 year-round Caribbean program.

Harmony of the Seas, the first in a new generation of Oasis-class ships that combine architectural innovations with the breakthrough technologies of the Quantum class, will sail its first summer Caribbean season after debuting this year in the Mediterranean.

In 2017, Florida will be home to the three largest cruise ships in the world year-round, with Harmony and Allure of the Seas based at Port Everglades, and Oasis of the Seas at Port Canaveral.

Repositioned to Central Florida from Port Everglades, Oasis of the Seas will sail a new seven-night eastern Caribbean itinerary that calls at ports including Nassau. New Caribbean excursions include jeep tours to Mayan ruins in Cozumel, flyboarding in St. Thomas and a Royal Extreme Challenge ropes course in Falmouth, Jamaica.

Following multimillion-dollar revitalizations in 2016, Adventure of the Seas will sail from San Juan, Puerto Rico, to the southern Caribbean on weeklong cruises.

Majesty of the Seas, also recently revitalized, sails from Port Canaveral, while Enchantment of the Seas cruises from PortMiami. Among other destinations, both ships visit CocoCay, Royal Caribbean's private island in the Bahamas which achieved a Gold Level Eco-Certification from Sustainable Travel International for its environmentally friendly activities and nature tours.