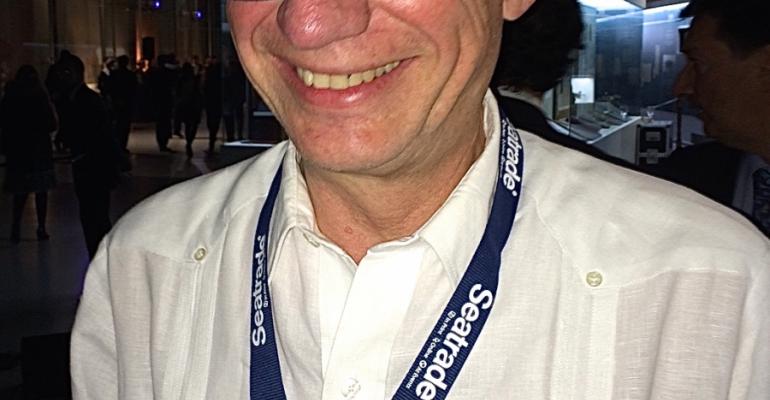 A senior cruise executive called for an end to using the terminology 'winter cruising' and encouraged a new reality of year-round cruising at the Mediterranean at the Seatrade Winter Cruising Forum in Cartagena Wednesday.

The barriers to year-round cruising in the Mediterranean are falling, just as the pressure to increase calls outside of peak season is rising, according to Israel.

With more and larger ships, more deployment is necessary, experienced cruisers are demanding new itineraries, congestion is a problem in key ports in peak periods, vacation habits are changing in Europe and airlift is becoming more affordable, Israel told delegates.

'All of these factors support the growth of year-round cruising,' he said.

Israel stressed that year-round cruising was already established in the region, with publicly available data showing 1m passengers visiting the Mediterranean region from November 2014 to April 30, 2015, on 104 ships.

Despite the low numbers, the winter months were showing increased numbers of calls and passengers year on year, Pallis said.

Focussing on the area around the forum’s host, Cartagena, Israel suggested the south of Spain offers a diverse itinerary, and cruise lines need itineraries, not just individual ports.

'The south of Spain offers a selection of homeports, transit ports, open leg or three to seven day itineraries, and the countries called offer cabotage [exemptions] and tax incentives for the lines,' he said.

During 2015, seven Carnival brands will call at ports in the southern Spain region, with 443 calls and 993,894 passengers. In total, 36% of these calls will be made in the November-April season.

All of these projects have become reality, and Israel believes the same will come of year-round—not winter—cruising in the Mediterranean.