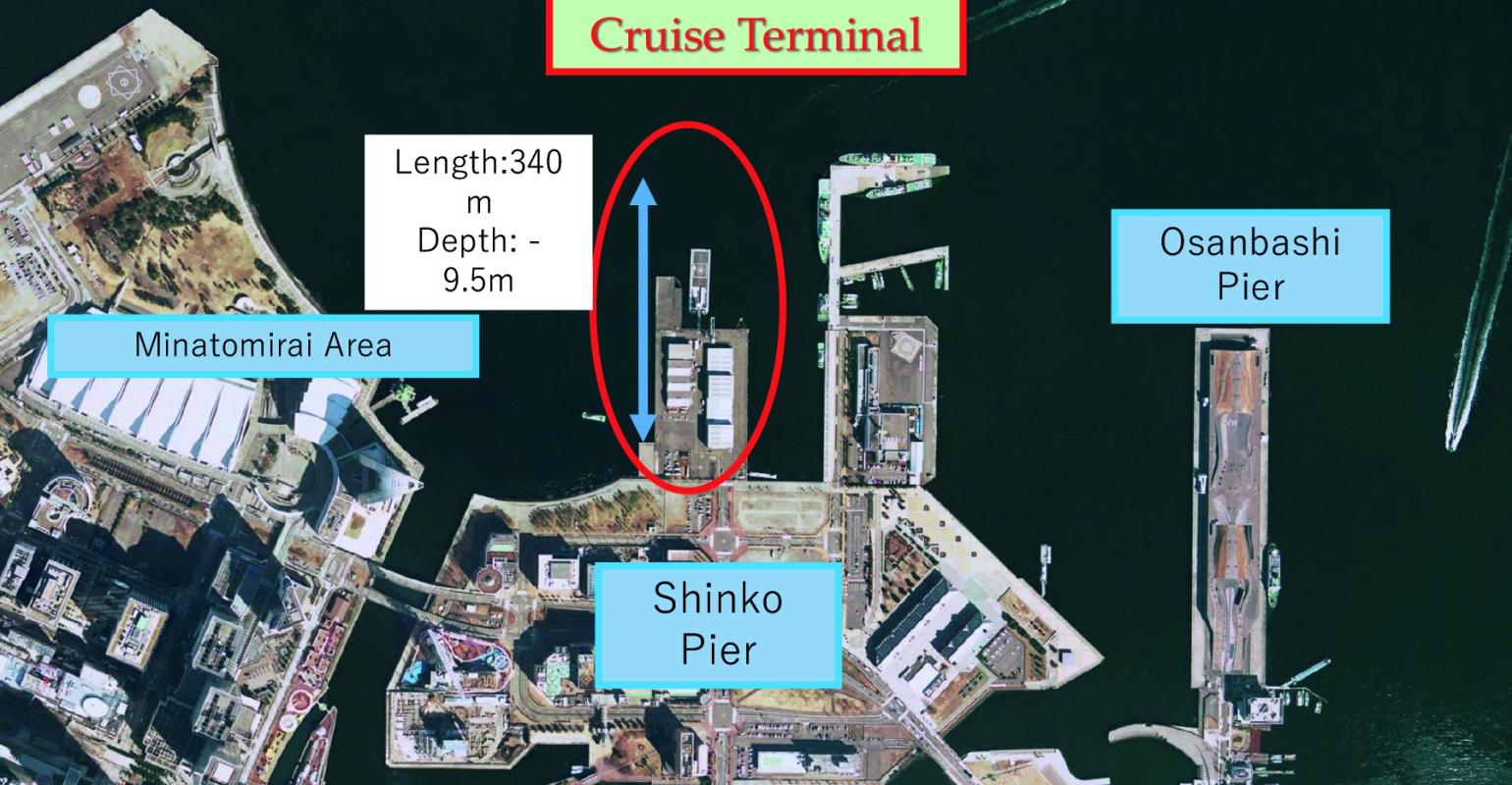 The new Shinko Pier terminal development, covering a site of 17,400sq mtr, consists of CIQ services, commercial facilities and an integral hotel, is supposed to be completed in autumn of 2019.

Work is also in progress on extending the cruise berth to provide 340mtr in length and a water depth of 9.5mtr enabling cruise ships up to 110,000gt to call on completion.

The berth expansion project is named Yokohama Hammer Head after Yokohama’s first quay crane Hammer Head which was installed at Shinko Pier in 1914.

The 104 year-old crane has been preserved and a park is being built surrounding it as the centrepiece in front of the new terminal.

Shinko Pier is located close to many of the city’s popular landmarks including Yokohama Red Brick Warehouse shopping mall and central business district of Minato Mirai.

Last year the Japanese port, 20 minutes away from Tokyo’s Haneda airport, welcomed 178 cruise calls and a similar number is expected this year.

To better handle the increase in cruise traffic another new facility, Daikoku Cruise Terminal will become operational from April 2019. It has a berth length of 440mtr and depth of 10 to 11mtr, capable of accommodating any cruise vessel of up to 220,000gt.

The official completion date of the new Shinko development will be announced mid-2019.