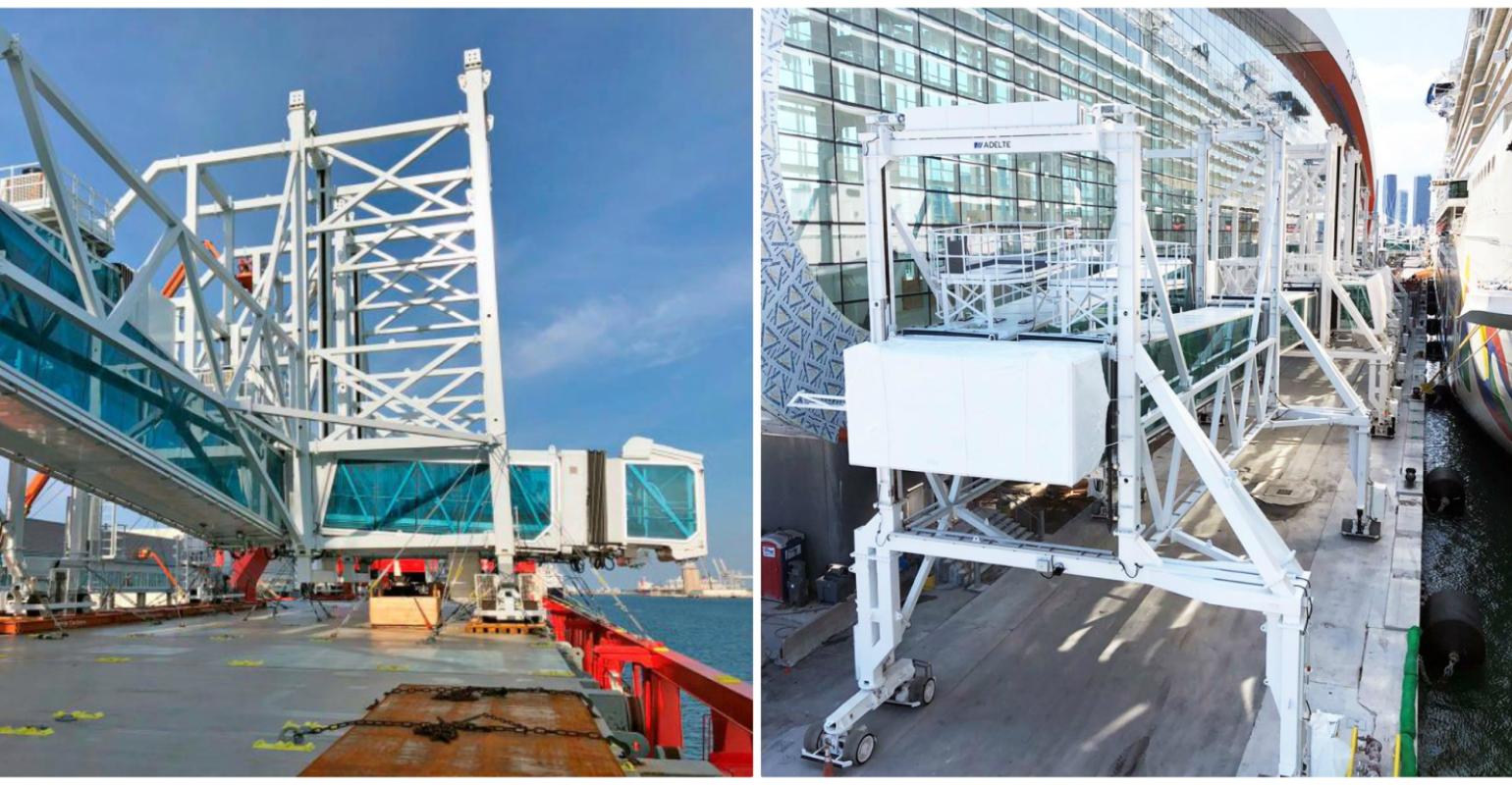 ADELTE has delivered a total of four seaport passenger boarding bridges from Spain to the US during the past couple weeks.

Over the weekend two HYDRA-type bridges were delivered to Port Canaveral and installed at the new Cruise Terminal 3 that will be home to Carnival Cruise Line's Mardi Gras.

The bridges were transported from Barcelona on the carrier ship Keith.

And at PortMiami the ADELTE team, with local support, finalized the assembly of two SEDNA-type bridges at the new Cruise Terminal B for Norwegian Cruise Line.

The bridges had been delivered earlier from Barcelona by the special transport ship BBC Song.

The ADELTE team said it is especially proud of completing these projects during this particularly challenging time.