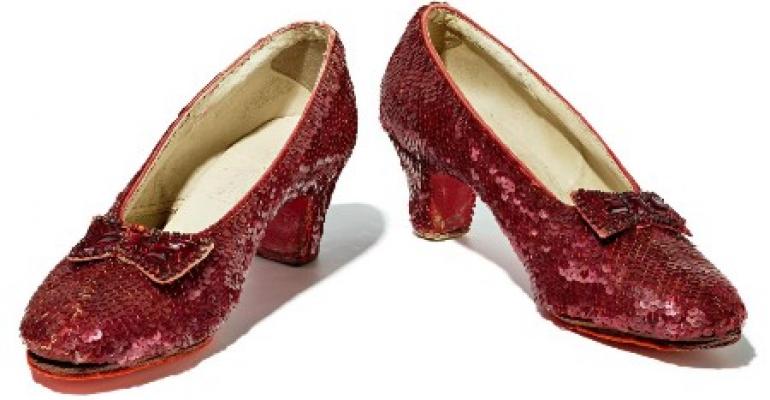 The ruby slippers were worn by Dorothy (Judy Garland) in 'The Wizard of Oz' and remain one of the most asked-about artifacts at the Smithsonian
American Cruise Lines is the presenting sponsor for the iconic ruby slippers in the Smithsonian’s National Museum of American History's upcoming 'Entertainment Nation' exhibition.

American is the only overnight cruise line to call at the Smithsonian's home, Washington, DC.

The ruby slippers were worn by Dorothy (Judy Garland) in 'The Wizard of Oz.' They were donated to the museum anonymously in 1979 and have been displayed in multiple places, currently the newly renovated third floor West Wing. They remain one of the most asked-about artifacts at the Smithsonian.

'The ruby slippers hold symbolic and lasting meaning in American culture, representing our deep ties to our families and communities, no matter how far we roam,' said Anthea M. Hartig, the museum’s Elizabeth MacMillan director. She expressed gratitude to American for 'making the display of these magical shoes possible for generations to come.'

'Dorothy’s immortalized phrase, "There’s no place like home," is something we feel each day as we appreciate everything we have right here at home in the USA,' said Charles B. Robertson, president & CEO of American. 'American Cruise Lines is proud to expand on our 20-year relationship with the Smithsonian by presenting the ruby slippers and we are honored to be a part of "Entertainment Nation."'

The 175-passenger American Constitution began docking at Washington's The Wharf in 2018 as the first overnight cruise ship to do so in 60 years. The vessel calls as part of its 'Chesapeake Bay American Revolution' itinerary, round-trip Baltimore. Departures are in spring and fall, with a special themed December cruise called 'Colonial Christmas Cruise.'

Passengers have the opportunity to visit the Smithsonian's National Museum of American History and will be able to see the ruby slippers in the new exhibition starting next fall.