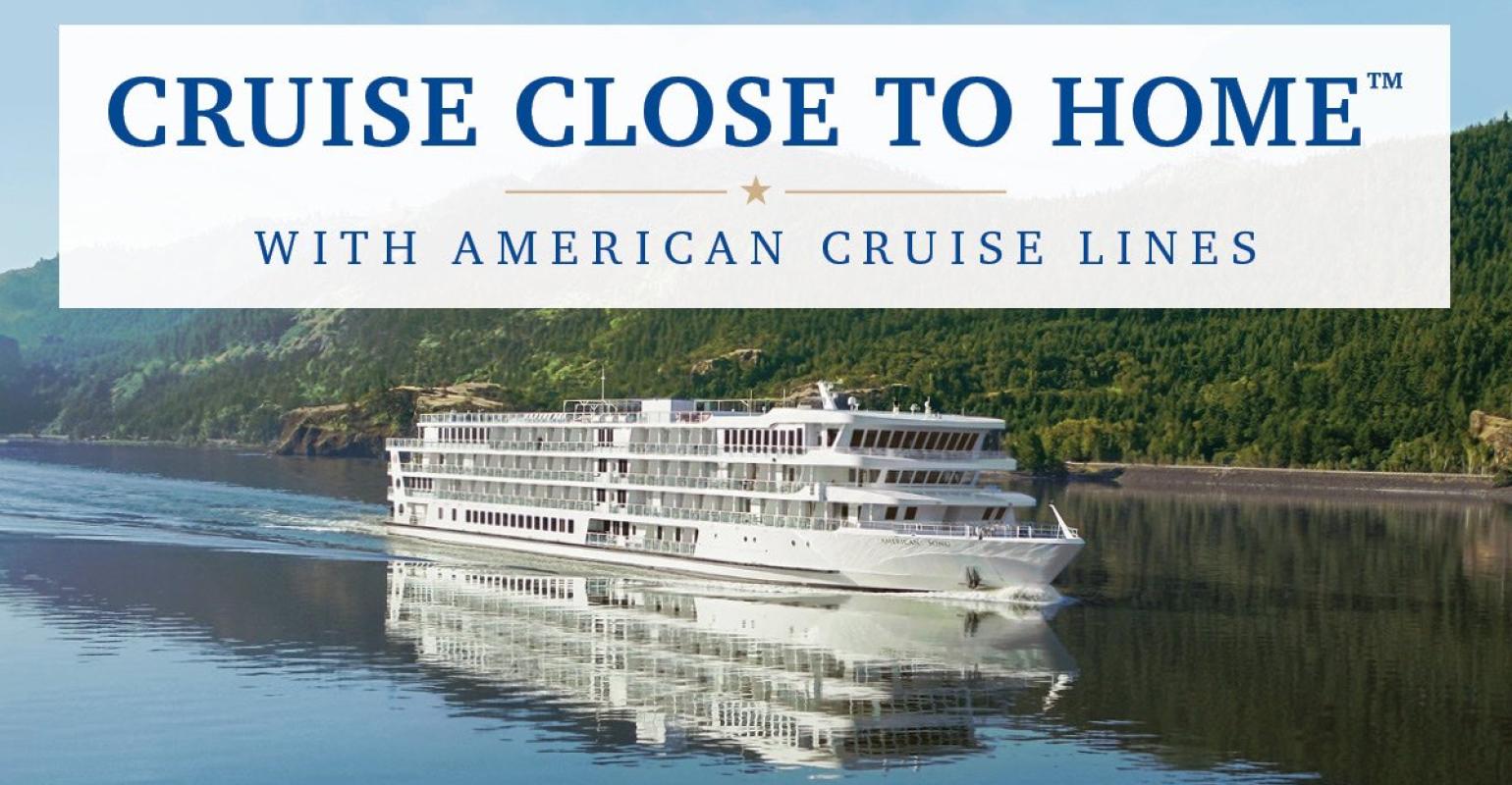 At a time when many ocean lines have halted advertising due to coronavirus uncertainties, American continues its campaign, launched in November
American Cruise Lines accelerated its newbuild program on strong demand for modern-style riverboats and continues its ‘Cruise Close to Home’ marketing campaign.

This comes at a time when Viking is poised to enter the US river market and as American Queen Steamboat Co. (AQSC) introduces a fourth paddlewheeler this spring.

‘It’s good. It just brings more exposure to the market and increases the visibility of river cruising in the country. We’ve built our own market and will continue to define our own market. We’ve got a different market and there’s enough business for both of us,’ said Charles B. Robertson, who succeeded his late father as CEO of American in February.

AQSC, he added, 'has a different product also and is attracting a different segment' as that line grows its paddlewheeler fleet with the planned April introduction of American Countess.

The fact that multiple brands are thriving stateside ‘really speaks to the size of the market potential,’ Robertson said. ‘There’s such a big market out there.’

Everyone adding capacity means river cruising in America is ‘here to stay. People are realizing river cruises are available and are fantastic in this country,' he continued.

‘One challenge when we started was just educating people it is an option in this country.’ Now, with availability of modern boats like those in Europe, ‘There is more appeal. We’re really getting the message out.’

American Jazz is debuting on the Mississippi in the third quarter this year, bringing the fleet to 12, and the decision was recently made to add two newbuilds — not one — in 2021. American Melody's inaugural was moved forward to June from September, and construction just began on a sister vessel.

Robertson pinned the moves on 'extraordinary' demand for modern riverboats.

Though nothing has been announced, he wouldn’t be surprised if two more newbuilds also follow in 2022.

A competitive strength is the ability to build at affiliated company Chesapeake Shipbuilding in Salisbury, Maryland. Steve McGee, president of Chesapeake, said the facility has five hull fabrication buildings and more than 1,000 feet of deep-water bulkhead to build and outfit multiple ships at the same time.

According to Robertson, production can ramp up without adding infrastructure but the workforce is increasing and Chesapeake is looking at new engineering processes to improve efficiency.

American continues tweaking its product with each newbuild, making small changes that will start to be announced in the near future. Passenger capacity will stay under 200, though, an 'important threshold’ to enable the delivery of the small-ship experience the line's known for.

Robertson said accommodations on American’s modern-style boats are 70% larger than the average European river vessel, while suites may be double the size. Balconies have gotten larger, and have more furniture (table and chairs), with the bigger suites adding chaise lounges.

The real distinction, though, is the design aesthetic. There are large glass areas to let in light and provide a better viewing experience which is so vital for river cruising. The color palette is more contemporary, the exercise room is expanded and a yoga venue added. In addition to the single-seating dining room is a top deck café serving casual fare like burgers, salads and pizza.

Pricing is inclusive. Because there are so few premium (extra-cost) items, there isn't even a point-of-sale system on board. Mississippi, Columbia/Snake rivers and Alaska programs include an excursion at every port; more extra-cost tours are available in New England.

American doesn’t plan to build more paddlewheelers, having switched focus to the modern-style boats with American Song in 2018, continuing with American Harmony in 2019.

‘We love the paddlewheelers we have and will continue to operate them, and there’s a fabulous market for them,’ Robertson said. ‘But the modern riverboat style is where we see a concentration of demand and market appeal.’

This type of vessel better accommodates the younger end of American’s market, where future growth lies. But Robertson was quick to state it’s ‘critical we don’t alienate the older end of the market, and we’ve seen they’re comfortable with either style: traditional or modern. We were concerned our loyal passenger base might not like the modern style as much and are thrilled that’s not the case.’

At a time when many ocean lines have halted advertising due to travel uncertainties surrounding coronavirus, American continues its ‘Cruise Close to Home’ marketing begun in November.

Ninety percent of the US mainland population can drive to an American cruise within a 'reasonable amount of time,' cutting out the need to get on a plane.

‘We are definitely affected by [coronavirus], but it’s having less impact than on the rest of the industry,' Robertson told Seatrade Cruise News. 'We’re insulated a bit by virtue of the smaller ships and entirely domestic itineraries. We’re dealing with it like the rest of the industry and, yes, we take it absolutely seriously.’

American adheres to Cruise Lines International Association policy and procedures to avoid transmission of the virus.

Some travelers whose overseas cruises were canceled have come to American as an alternative. ‘That’s not something we’re promoting,' Robertson said. 'We're not looking to be opportunistic.'