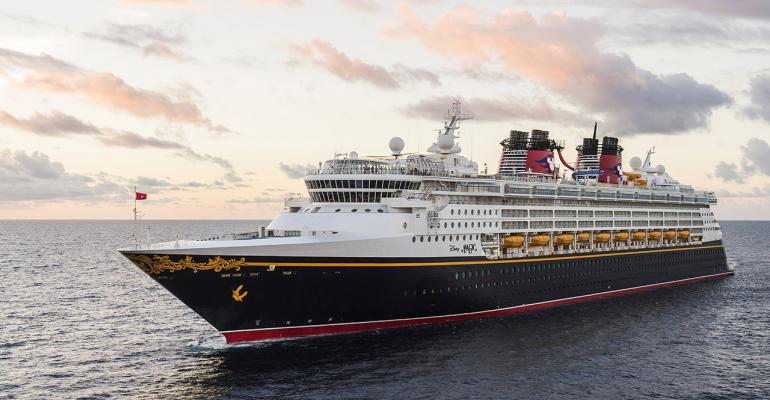 Disney Magic's cruises to June 7 were canceled
In addition to feature story coverage, here's a quick read of some of today’s other coronavirus-related cruise news and announcements.

Queen Mary 2 arrived this morning at its Southampton homeport, the last of the three Cunard vessels to go out of service, for now.

NSW Premier Gladys Berejiklian established a special commission of inquiry into how Princess Cruises’ Ruby Princess was allowed to dock in Sydney before swabs handed over to NSW Health had been tested for coronavirus.

The independent inquiry, with powers similar to a royal commission, will be headed by senior counsel barrister Bret Walker who will report back to the government within three to four months.

This follows advice given to Berejiklian that the criminal investigation under way by homicide detectives will not be completed until around September and separate coronial inquiries could take more than a year.

‘It is important that answers are provided quickly for the people of NSW,’ she said. ‘As I have said before, we will leave no stone unturned until we find out exactly what happened.’

Those booked on affected sailings will be offered a future cruise credit to be used within 15 months of their original sail date or a full refund.

Passengers booked on Europe sailings after June 7 through the July 25 departure can change their reservation up until the day before embarkation and receive a 100% future cruise credit. Alternatively, those booked on the July 13, July 18 and July 25 Europe sailings may delay their final payment to 30 days before sailing.

Since the beginning of April, CroisiEurope has been housing nurses on board Botticelli, docked on the Seine in the center of Paris. Now it's doing the same in Bordeaux with Cyrano de Bergerac, which normally sails the Garonne, Dordogne and Gironde.

Based on the same scheme as in Paris, 25 cabins — to respect the public health rules — are available to doctors, nurses and caregivers. Dinner and breakfast are offered. A reduced crew comprised of volunteers provides the services.

Fred. Olsen's new 'Virtual Cruising' programme is streaming footage of some of the world’s most enviable sceneries. This week's schedule includes explorations of Bergen and Olden and a shipboard lecture from marine conservation charity ORCA. Highlights of the Canary Islands, Madeira and the Azores are to be aired next week.

A story-writing competition (up to 500 words, with a cruise theme) offers the chance to win a five-night cruise for two in 2021.