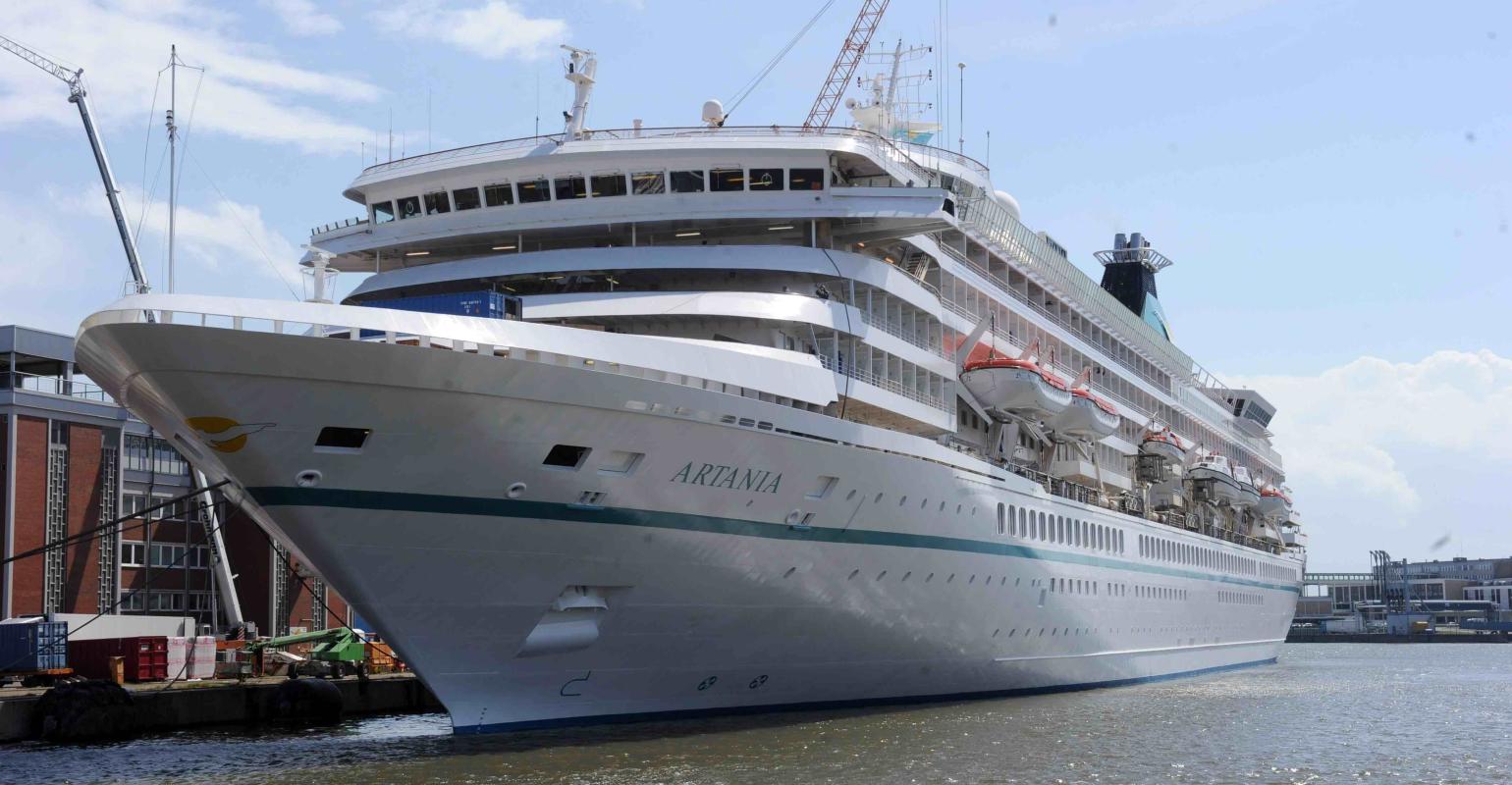 Artania, seen here in a file photo, is expected to stop in Indonesia and the Philippines en route to Europe
Here's a quick read of some of today’s coronavirus-related cruise news and announcements.

Since its March 14 call in Australia, Costa Deliziosa, carrying 1,814 passengers and 898 crew, has been making only technical stops on its way to Europe as all ports refused the ship.

Now back in the Mediterranean, Costa Deliziosa is to disembark 168 Spanish passengers in Barcelona before sailing to Genoa. This, after the Bouches-du-Rhone Préfecture declined the request for an exemption (after France extended its cruise ban to May 11) to dock at Marseille and let the 426 French passengers off the ship. The reason: This call wasn't on the itinerary. The cruise had been scheduled to end in Venice April 26.

Costa Deliziosa is planned to arrive in Genoa on Wednesday, where transport home for passengers and crew will be organized. According to the Italian media, the ship is free of COVID-19.

Luckier is MSC Magnifica, which had Marseille scheduled as its final call. The ship is expected to disembark more than 1,700 passengers from Monday onward.

Artania finally left Fremantle Saturday after a three-week stay during which three people who had been on board died of coronavirus.

One was a 42-year-old crew member from the Philippines who died at Royal Perth Hospital on Thursday. Artania Capt. Morten Hansen said the motorman had been with the company since 2006 and his death was ‘heartbreaking.’

Two other people from Artania died last week — a passenger and another crewman. Around 79 crew and passengers tested positive to COVID-19.

Some crew were removed from the ship on Saturday and transferred to a Perth hotel where other passengers have been staying. The group was expected to fly out of Perth Sunday on a charter flight organised by Phoenix Reisen.

It is understood Artania sailed with 411 crew and passengers and will stop in Indonesia and the Philippines en route to Europe.

The West Australian government had requested the vessel leave earlier, but it was granted an additional quarantine period by the Australian Border Force.

On Sunday the beleaguered Ruby Princess remained at a Port Kembla grain terminal berth with authorities yet to deem the ship’s crew healthy enough to travel after 160 of the more than 1,000 remaining on board tested positive for coronavirus.

Ruby Princess, which returned to Sydney from a round cruise to New Zealand on March 19, was sent to Port Kembla for a 10-day isolation period and to restock.

NSW Police Assistant Commissioner Karen Webb ‘estimated’ the ship could remain in Port Kembla until the end of next week.

‘We are putting the health of the crew first,’ Webb said.

The Sydney Morning Herald reported the family of Chung Chen, a Ruby Princess passenger who died April 4 as a result of COVID-19, has accused Princess Cruises of knowing about coronavirus outbreaks during the last two voyages and ‘recklessly’ put lives at risk by continuing ‘business as usual.’

Chen’s widow, Juishan Hsu, a Los Angeles resident, and daughter Vivian, who were also on board and fell ill with the virus, are seeking damages in excess of $US1m in the District Court of California.

The lawsuit accuses Princess of being aware of coronavirus outbreaks, not only during the round voyage from Sydney to New Zealand between March 8 and 19, but also the round voyage beforehand from February 24 to March 8.

The company had placed ‘profits over the safety of its passengers’ and was grossly negligent when it allowed passengers to join the ‘infected’ ship on March 8, the complaint alleges.