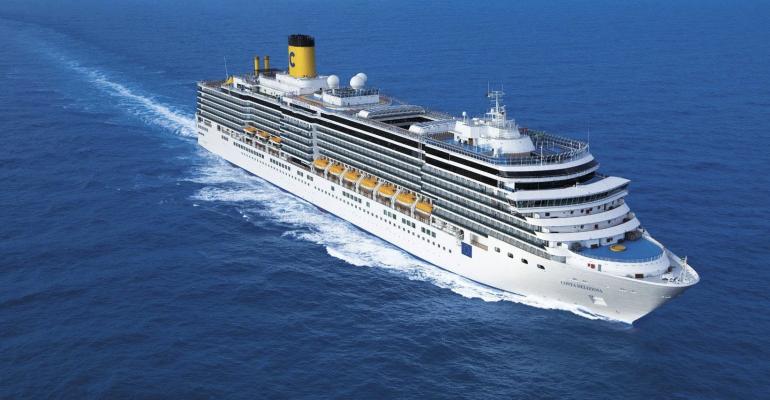 According to the Foreign & Commonwealth Office, the last Britons repatriated from cruise ships were coming Costa Deliziosa in Genoa

More than 19,000 British holidaymakers caught up in the coronavirus crisis on cruise ships across the world have returned to the UK, according to the Foreign & Commonwealth Office (FCO). The final group was expected to disembark Costa Deliziosa in Genoa Wednesday, taking the total of British nationals to return from 59 cruise ships to 19,180.

The first repatriation took place Feb. 21, with the evacuation of the 78 British nationals from Diamond Princess in Japan. Work intensified after the FCO on March 12 advised against vulnerable people traveling on cruise ships.

Major efforts included the repatriation of more than 669 British nationals from Braemar in Cuba, 135 from Grand Princess in California, more than 350 from Coral Princess in Florida and a further 211 from Zaandam and Rotterdam, also in Florida, earlier this month.

During the repatriation efforts, British embassies worked with international militaries, including the Mexican Navy and National Guard, which helped evacuate passengers from Marella Explorer II. Further work involved lobbying world leaders to ensure ships could dock, passengers could travel back to the UK and those requiring medical help received it.

Working with the Department for Transport and the cruise industry, UK embassies, high commissions and consulates general have facilitated the repatriations, while a 24-hour crisis team, including military experts and transport specialists, has been operating in London.

Cunard extended its operational pause through July 31 for voyages on Queen Mary 2 and Queen Victoria. In addition, all 2020 Alaska sailings on Queen Elizabeth, including those up until Sept. 8, are canceled.

As Ruby Princess prepared to sail from Sydney to the Philippines on Thursday, Carnival Australia President Sture Myrmell said Princess Cruises was donating A$50,000 to the Mission to Seafarers Port Kembla following the overwhelming support provided by the people of the Illawarra region for the crew of Ruby Princess.

Princess President Jan Swartz also thanked the Illawarra community for supporting the crew and applauded those aboard Ruby Princess for their strength and fortitude, calling them an inspiration in the way they dealt with ‘extremely difficult’ circumstances.

She said the support from the Mission to Seafarers was ‘emblematic of the caring spirit of the Illawarra community,' which never lost sight of the fact that those aboard ship were caught up in difficult circumstances that were not of their making.

‘It has been heartbreaking and distressing to know that coronavirus has had, and continues to have, such a terrible impact on so many people across the world, including some of our guests, crew members and their families,’ Swartz said.

Bridgetown, Barbados, is among the ports sheltering cruise ships during their operational pause. Eight are currently there, down from 12 last week. They are AIDAperla, AIDAluna, Seabourn Odyssey, Seabourn Quest, Wind Star, Vision of the Seas, Serenade of the Seas and Freedom of the Seas.

'Barbados is taking special precautions with the cruise ships, and crew members on board are not permitted shore leave. The hope is that the cruise lines will continue making Barbados a feature stop for future itineraries for years to come.' Cruise Barbados said.