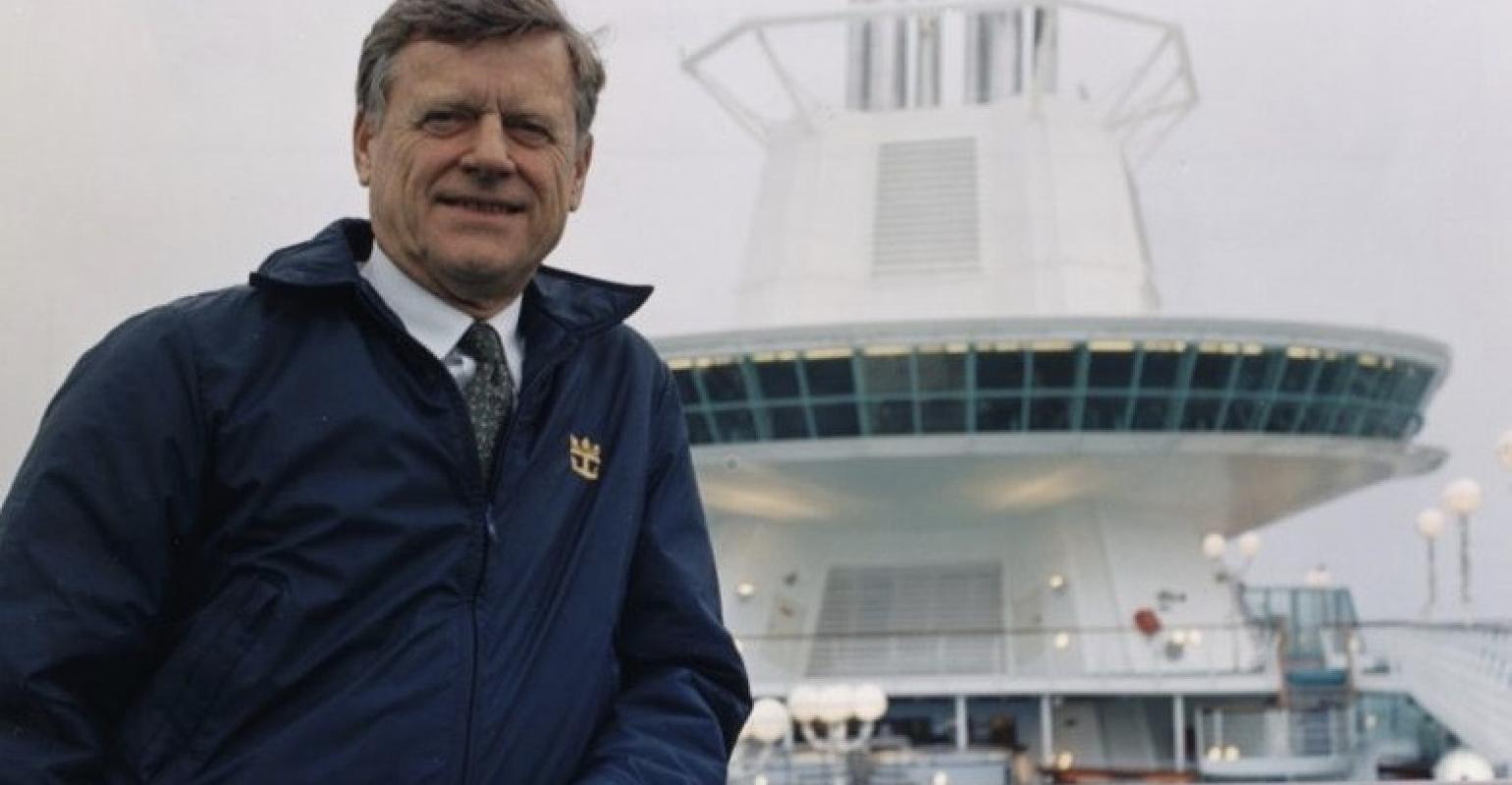 Arne Wilhelmsen had a vision for building cruising with new ships and recognized the need to build bigger for efficiency and economies of scale
Arne Wilhelmsen, a founder of Royal Caribbean Cruises Ltd. and a visionary strategist of the modern cruise industry, died Saturday in Palma, Spain. He was 90.

Wilhelmsen was a constant influence on the company from its founding, serving more than three decades on its board of directors. Together with Royal Caribbean's first CEO, the late Edwin Stephan, Wilhelmsen saw possibilities for the nascent cruise industry that most others did not.

'At a time when the rest of the world thought cruising was a niche use for old trans-Atlantic liners, Arne was already seeing glimmers of the growth that was possible,' RCL Chairman and CEO Richard Fain said. 'He had a vision of the modern cruise industry when the "industry" might have been a dozen used ships, total.'

Their approach was building new ships designed for warm-weather cruising. The business did not flourish from New York, the traditional transit hub; it came to Miami, helping the region grow as the public discovered a new way to take a vacation.

Wilhelmsen saw the potential for cruising to become the fastest growing segment in a growing vacation industry. A believer in economies of scale, he once recalled, 'My initial challenge was to convince my partners and management in Miami to build bigger and more efficient ships in order to grow the company.'

Born on June 15, 1929, in Oslo, Norway, Wilhelmsen earned his MBA at Harvard Business School and worked as a chartering assistant for Norway's EB Lund & Co. and later as a shipbroker in New York. After joining the family business in 1954, he became its president in 1961. The scion of a leading Norwegian shipping concern – Anders Wilhelmsen & Co. AS – he spent most of his life in the family business, including an early stint as a deckhand.

'Arne was a steady presence and source of wisdom on our board for decades,' Fain said. 'And in 2003, when he was ready to step back, he was succeeded on the RCL board by his son, Alex, who has carried the involvement of the Wilhelmsen family in charting our company's course into its sixth decade.

'Our high standards as a company, our insistence on excellence in operations and design and our determination to persevere all owe a great deal to the long-term vision of Arne, Alex and the Wilhelmsen family,' Fain continued. 'We salute our friend, and we will miss him dearly.'