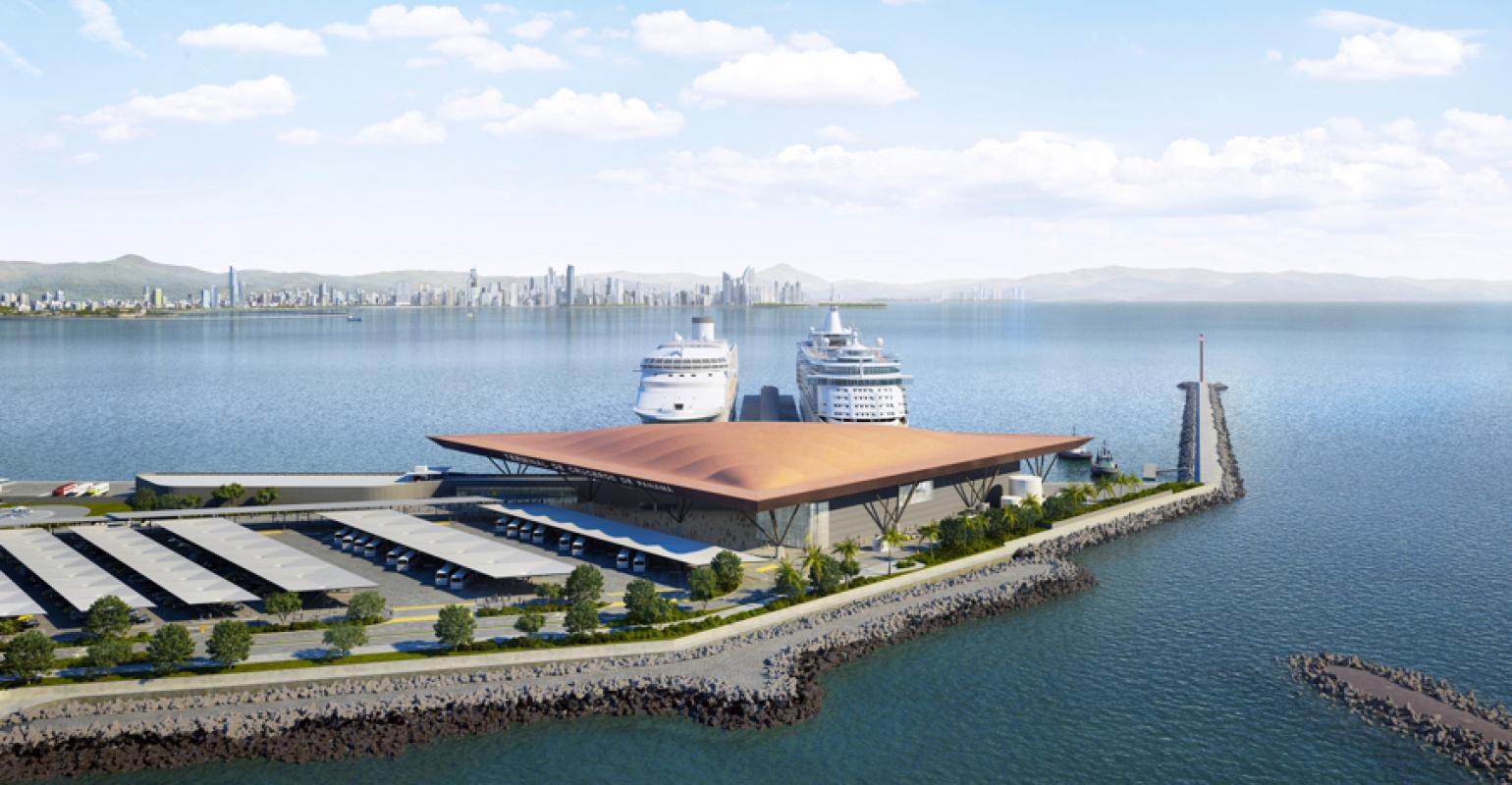 A group of about 20 interested companies visited the Panama Cruise Terminal today as the Panama Maritime Authority seeks an operator for the new facility.

The terminal is going up at Perico Island off the Amador Causeway.

According to a recent report in La Estrella de Panamá, a government tender envisions an $18.8m deal with a 20-year term. The paper said proposals would be due Feb. 17.

Panama’s previous administration had published a tender in April that outlined a $9m deal. That was subsequently canceled so a revised tender could be put together by the new government.

The new Panama Cruise Terminal is designed to handle two large ships up to 380 meters/1,247 feet each at a finger pier. It is expected to be ready for transit calls in August, with an eye to homeport operations starting in 2021.

As earlier reported, Panama is offering incentives to encourage homeporting.

In November, the government announced Norwegian Cruise Line as the first to benefit from the program. Then, Panama Tourism Authority Administrator Iván Eskildsen said NCL would be reimbursed for its Panama Canal transits in 2021, 2022 and 2023, up to an annual sum of $6m, in exchange for operating turnarounds.