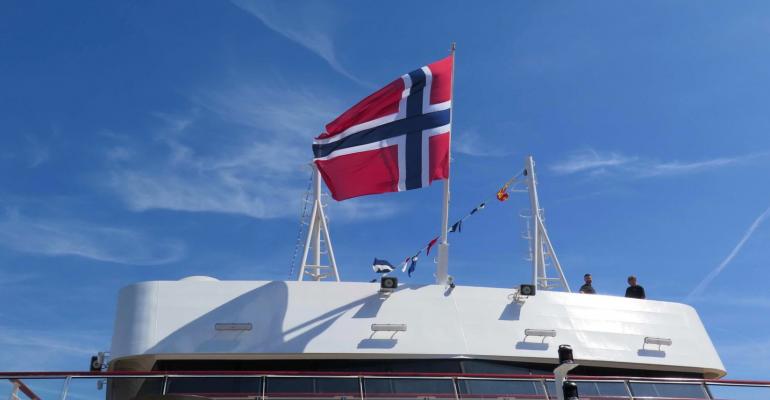 Norway is turning away cruise ships carrying more than 100 people for 14 days following Hurtigruten's coronavirus outbreak. Current sailings may disembark but new ones aren't allowed to start
Here's a quick read of some of today’s coronavirus-related cruise news and announcements.

All SeaDream I tests negative

All SeaDream I passengers and all 86 crew on the current sailing have tested negative for coronavirus. The ship is at Bodø, Norway, where everyone underwent testing after an asymptomatic passenger on the previous voyage was found to have the virus.

That man, a Dane, and his father underwent routine testing upon arrival home in Denmark. They had shared a cabin on board the 12-day cruise and left SeaDream I Aug. 2 in Tromsø. The father tested negative.

With Norway now turning away cruise ships carrying more than 100 people for a 14-day stint following Hurtigruten's coronavirus outbreak, SeaDream II's current weeklong voyage is going to divert to Danish ports for a couple days before returning to Oslo to disembark, which is allowed.

Hurtigruten Chairman Trygve Hegnar signaled the company's support for CEO Daniel Skjeldam, who has accepted responsibillity for mistakes and failures that led to a coronavirus outbreak on Roald Amundsent.

In a statement on behalf of the board, Hegnar said: 'Hurtigruten is in a demanding situation. The most important thing now is to take care of crew, employees and guests in a good way, get to the bottom of what has happened and over time re-establish trust in the company. The board has full confidence in Daniel Skjeldam and supports him and the employees in this important work.'

Affected passengers are being offered a future cruise credit and on-board credit, or a full refund.

'If conditions in the US change and short and modified sailings are possible, the industry may consider an earlier restart, and we would consider that as well,' Carnival said.