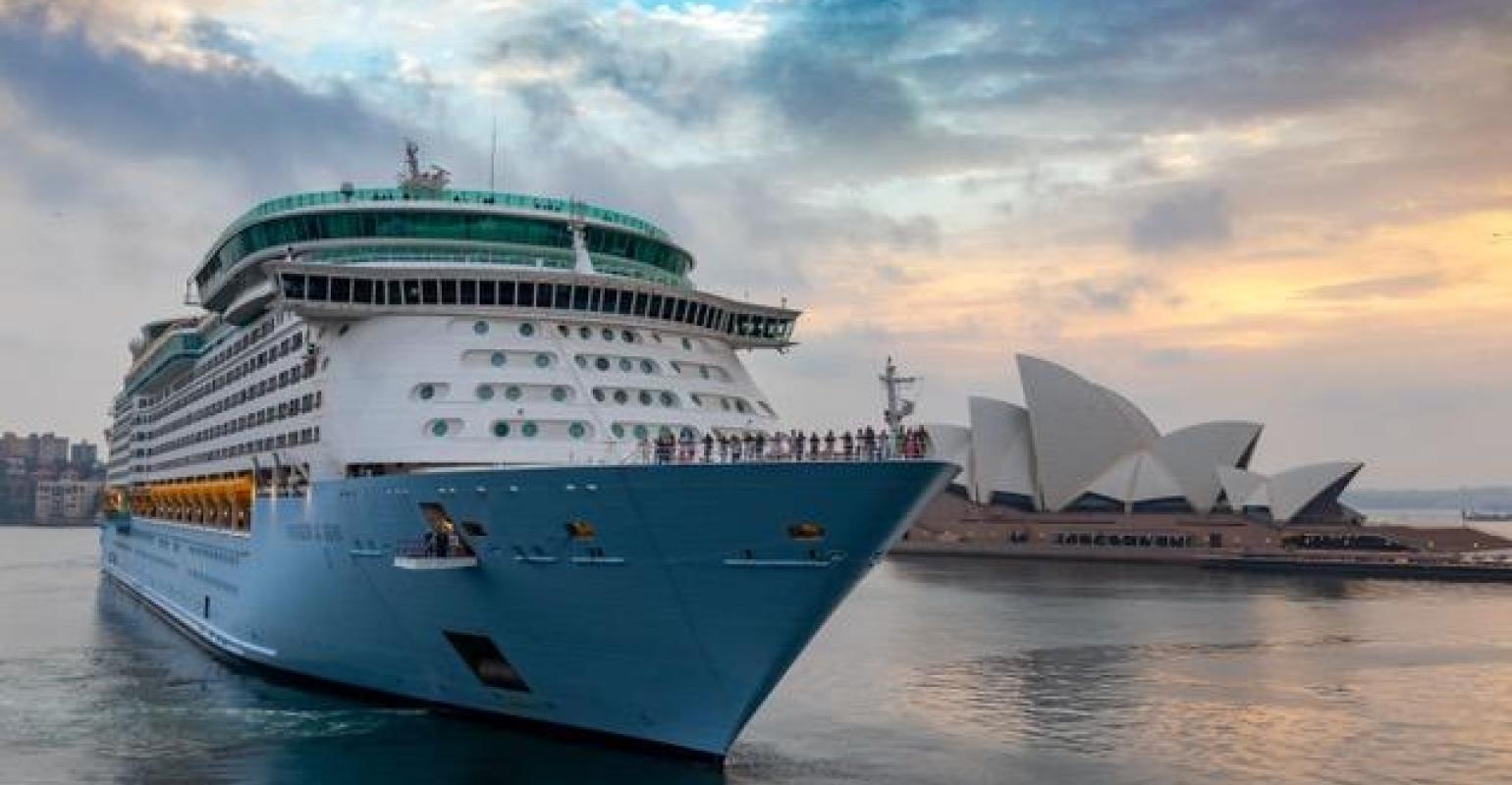 Royal Caribbean International’s Voyager of the Seas arrived in Sydney Harbour on Saturday after a $97m amplification for her seventh homeporting season Down Under.

It took 41 days and more than 2,200 crew and tradespeople to upgrade Voyager of the Seas, which spent her first season in Australia in 2012.

Her hull has been painted ‘quantum blue’ at the suggestion of an Australian cruise passenger.

She was welcomed by water cannons and television’s Australian Ninja Warriors Josh O’Sullivan and Bryson Klein came on board to race on the high-speed waterslides of The Perfect Storm. They also took on the two rock-climbing walls to see who could ring the bell first.

There are also glow-in-the-dark laser tag face-offs and revamped facilities for children and teens in the new-look Voyager.

Voyager will operate 18 itineraries around the South Pacific, Queensland and Tasmania before departing Sydney on April 19 on a repositioning voyage to Asia.

Royal Caribbean International will have three ships Down Under for the 2019/20 wave season. The others are Ovation of the Seas, the largest ship to operate this season in the region, and Radiance of the Seas.

Together the three will offer 61 sailings to destinations around Australia, New Zealand, the South Pacific and Asia.

Lindblad files shelf registration to sell up to $300m in securities
Jun 01, 2020