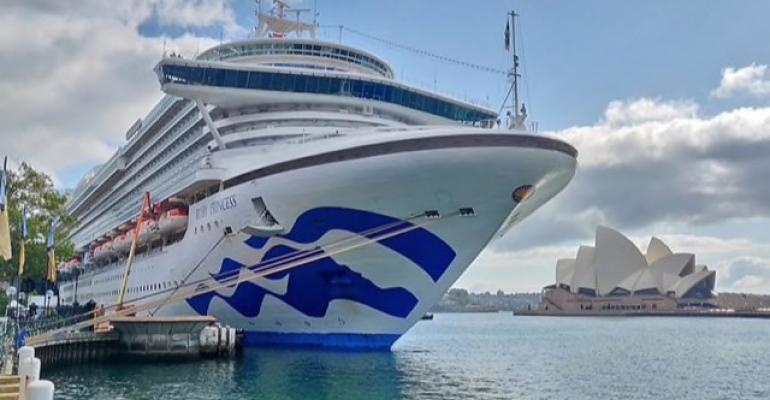 A criminal investigation by homicide detectives has been launched into how Ruby Princess was allowed to disembark almost 2,700 passengers in Sydney on March 19 before tests revealed some were ill with COVID-19.

More than 600 are reported to have since tested positive with coronavirus. At least 11 of the 35 Australian deaths so far have been linked to the ship.

NSW Police Commissioner Mick Fuller said the question for investigators is whether Carnival Australia was ‘transparent in contextualising the true passenger-crew health conditions relevant to COVID-19' when the ship docked.

It has been reported that the Port Authority of NSW initially denied Ruby Princess permission to dock on March 18 following a call from a senior ambulance officer that some passengers on board were displaying COVID-19 symptoms.

This was before NSW Health had tested swabs that had been handed over.

‘There is clear evidence that COVID-19 has been brought off that ship,’ Fuller said.

The investigation will cover the actions of the port authority, NSW Health, ambulance, police and Carnival Australia.

Police will also collect records from the ship’s captain and doctor, as well as information from departed passengers.

Ruby Princess, which has been sitting off Sydney Harbour, docked at Port Kembla Monday and was boarded by Australian Border Force and health officers to assess the situation.

About 200 crew currently have flu-like symptoms

It is understood that around 200 of the 1,040 crew members remaining on board, largely from the Philippines and Indonesia, have suspected symptoms.

Commissioner Fuller said the ship may effectively act as a hospital ship, treating as many of its sick crew as possible.

Seriously ill crew will be taken ashore for treatment.