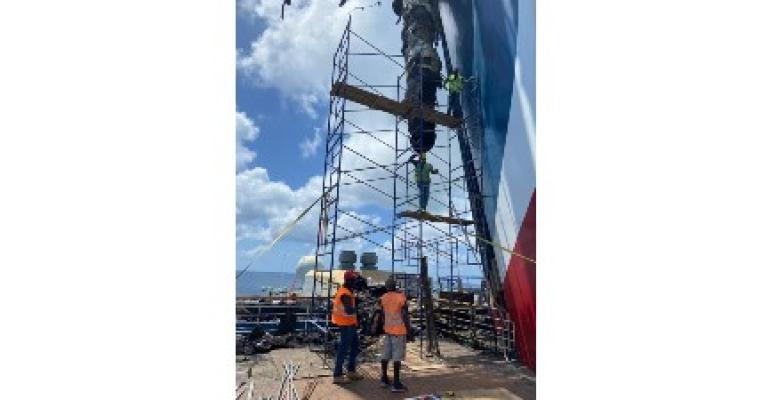 Carnival Freedom passengers were picked up in Grand Turk on Saturday by Carnival Conquest to be returned to Port Canaveral, arriving today.

Work on Freedom's fire-damaged funnel began while the ship was at Grand Turk and will continue at the Grand Bahama Shipyard in Freeport.

Cruises through Freedom's June 6 departure from Port Canaveral were canceled, as earlier reported.

Fire broke out in Carnival Freedom's funnel Thursday morning while the ship was alongside at Grand Turk. The blaze, which sent heavy black smoke billowing, was quickly extinguished by the ship's emergency response team and no injuries were reported.

Next Carnival Conquest cruise May 31

Miami-based Carnival Conquest's May 27 cruise was canceled so the ship could deadhead to Grand Turk and collect the Freedom passengers.

Carnival Conquest's May 30 cruise from Miami was shortened by a day to allow for this and is now to embark May 31.