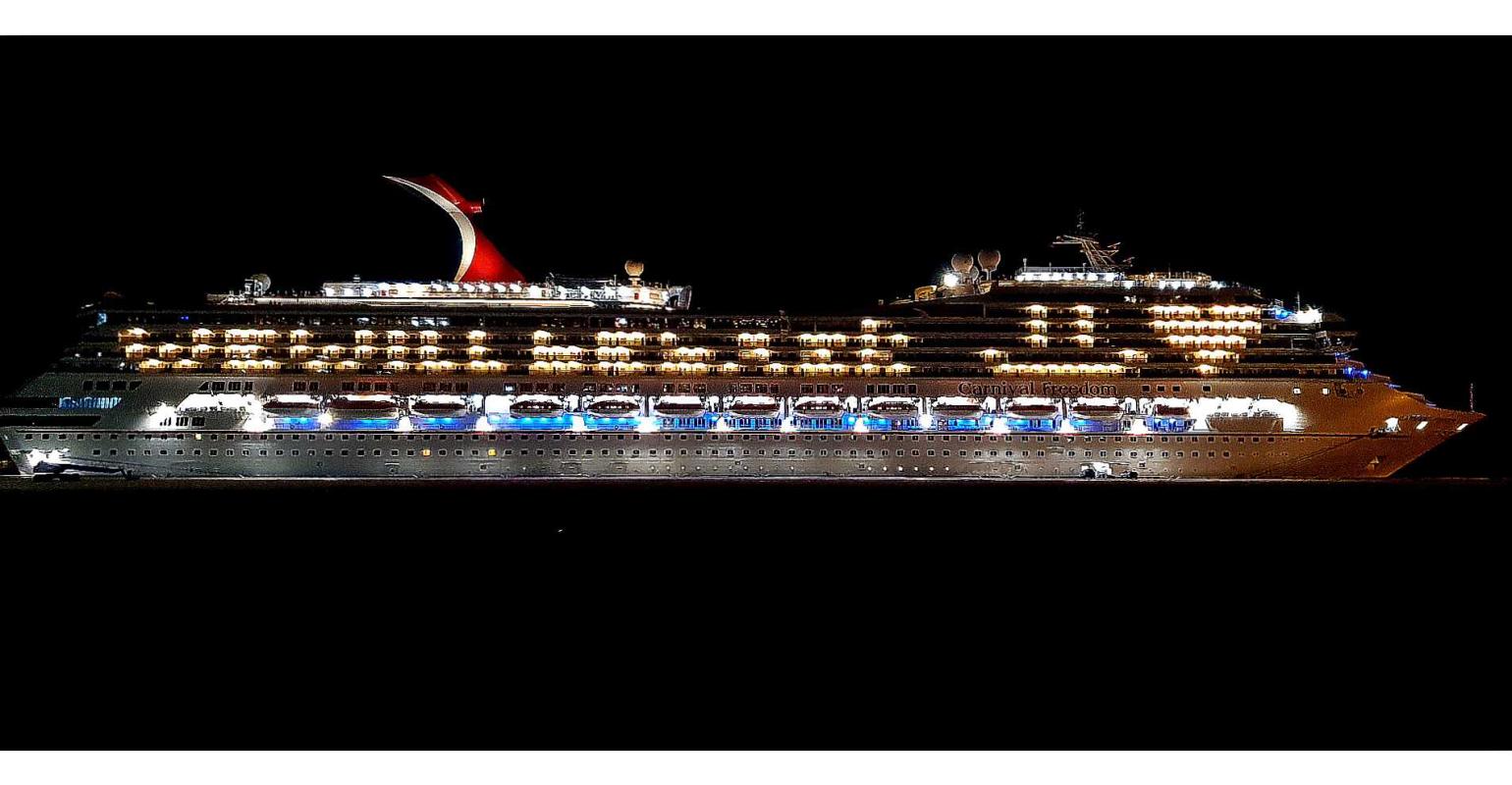 Carnival Freedom proclaims 'We will be back'

Carnival Fun Ships' message: ‘We will be back'

Amid an industry-wide pause in operations, Carnival Cruise Line is lighting up all of its ships in North America and Australia with the message 'We will be back.'

The illumination was a little tricky but fun, according to Stefan Christoffersson, VP housekeeping, who is part of the team that worked on the project.

The process took coordination between Carnival’s Miami headquarters and ships docked in ports along the East and West coasts, Gulf of Mexico, Southern California and Australia or anchored at sea.

After reviewing deck plans for each ship to determine which staterooms will spell out the message, shipboard teams had to physically turn on the lights of hundreds of staterooms — all without knowing what the finished product would look like.

'It’s very similar to turning on your Christmas tree once you’re done decorating and seeing how it all turned out,' Christoffersson said, noting that, overall, this highly synchronized project is going off without a hitch: 'We haven’t had one "We’ll be bock" or "We’ll be buck."

Extra meaning for the crew

'The crew takes a great deal of pride in their jobs and this project in particular has extra important meaning to them,' he added.

All ships in port or anchored where visible from land will be lighted beginning Friday night.