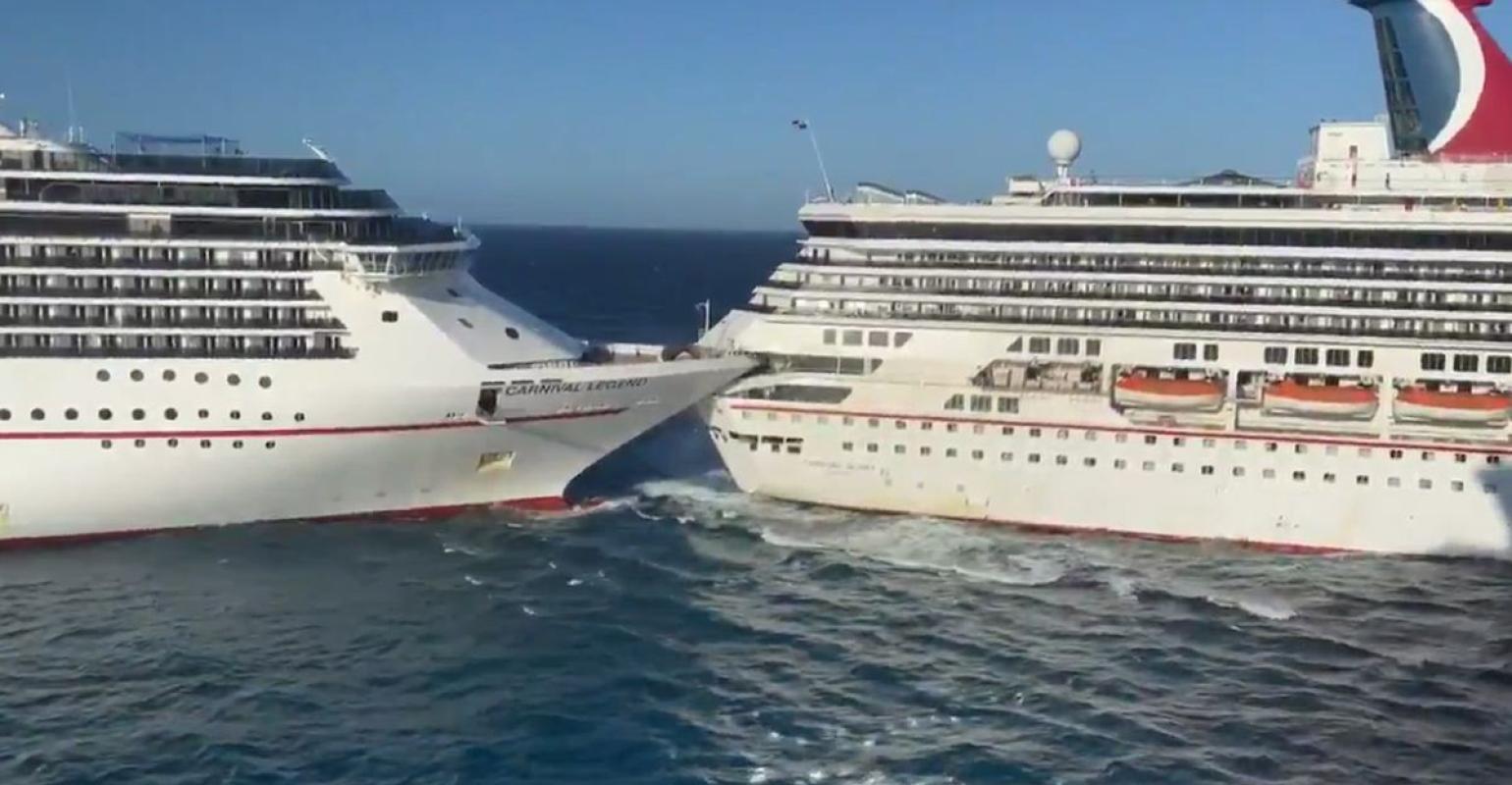 Carnival Cruise Line said there is one reported minor injury of a Carnival Glory guest that occurred when a group of passengers were evacuated from the dining room on Decks 3 and 4.

‘We are assessing the damage but there are no issues that impact the seaworthiness of either ship,’ a Carnival spokesman said. ‘We have advised guests from both ships to enjoy their day ashore in Cozumel.’

Neither ship’s itinerary will be affected, according to the spokesman.

Video of the incident showed a crumpled area on the aft starboard side of two decks of Carnival Glory, well above the waterline.

Maneuvering to dock in high winds

Carnival Glory was maneuvering to dock when it hit Carnival Legend, which was already alongside.

Video showed Glory then advancing toward Oasis of Seas. A Royal Caribbean spokewoman confirmed Oasis was not impacted and did not sustain any damage.

The incident is getting major play in national news outlets, with numerous passenger-filmed videos in circulation.