Carnival thanks Dubrovnik as gateway to repatriate 3,000 crew 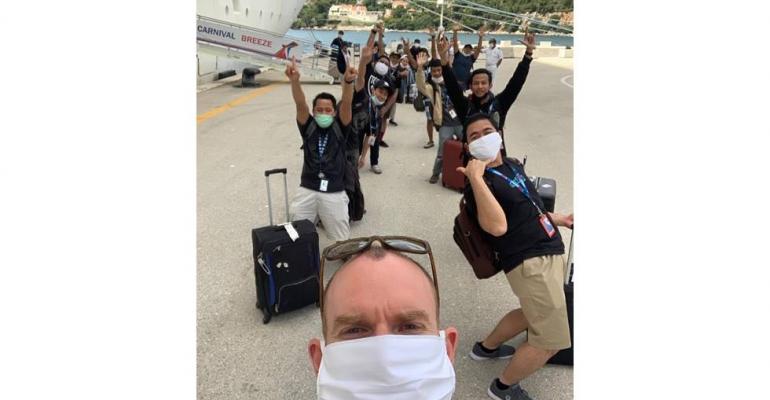 Carnival Cruise Line gave a big 'hvala' (thank you) to Dubrovnik, Croatia, after an extraordinary effort resulted in the repatriation of nearly 3,000 crew through the port last week.

With an on-board team of 110 nationalities, Carnival has been challenged in the current situation to repatriate its more than 26,000 crew. Closed borders, limited flight options and frequently changing debarkation and immigration policies posed difficulties.

'Luckily, Carnival has great port partners all over the world who are working with the company. And today, we’d like to recognize our friends in the Republic of Croatia and the Port of Dubrovnik,' cruise line president Christine Duffy said.

Buses to neighboring countries and flights much further afield

Over the past week, Carnival Breeze and Carnival Magic called at Dubrovnik where not just Croatian citizens were disembarked but also those of neighboring countries like Serbia, Montenegro and Bosnia. They were transported home by bus.

In addition, Carnival was able to book commercial flights for hundreds to get home to dozens of European nations, as well as Indonesia and the Philippines.

Duffy acknowledged 'the many government agencies, private operators and local maritime partners that played such an important role in this mission.'

She added: 'When Dubrovnik is ready, we can’t wait to get back to cruise operations to bring our ships, crew and wonderful guests to this beautiful city.'