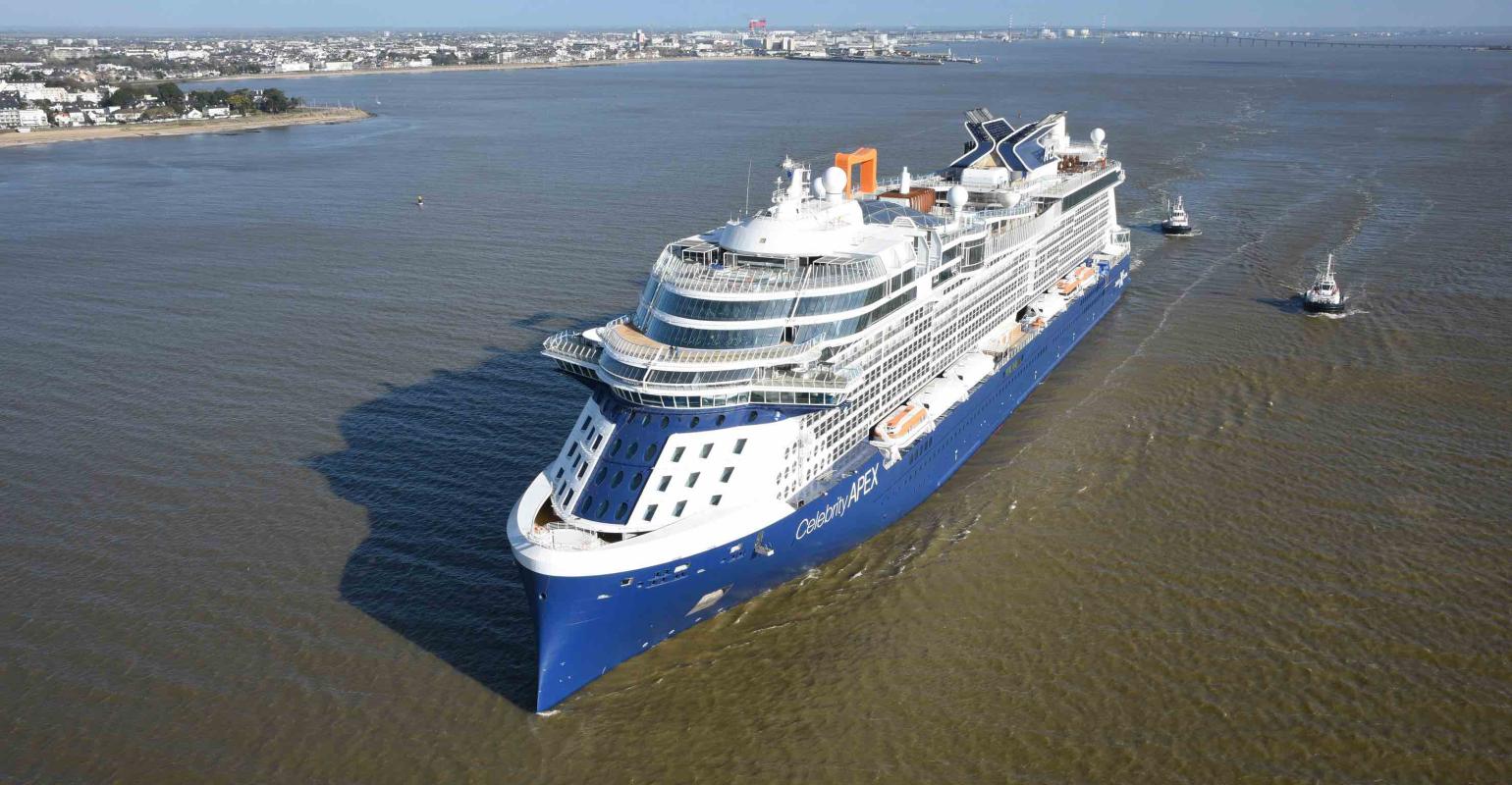 As earlier reported, the trials were postponed from mid-January due to weather and strikes by port workers protesting pension reform in France.

Celebrity Apex was put through its paces Feb. 4-8 in the Bay of Biscay near the Saint-Nazaire shipyard. The trial involved more than 50 crew members, including engineers and nautical experts.

In the optimal (tough) trial conditions, with strong winds and waves, the second-in-series ship showed a superior level of comfort and fuel efficiency, Celebrity said, thanks in part to its so-called parabolic ultrabow.

‘It was an absolute honor to stand at the helm of Celebrity Apex for her highly successful first sea trial,’ added Capt. Dimitrios Kafetzis. ‘Celebrity Apex is truly a beautiful and highly advanced vessel.’

The ship’s inaugural season is set to begin April 1 with five sailings to northern Europe. Before that, naming festivities will take place March 30 in Southampton.

Seven- to 12-night Mediterranean voyages take place through the summer.

In November, Celebrity Apex will reposition to Fort Lauderdale for a winter season of weeklong Caribbean cruises.

Iona heading to Rotterdam for drydock inspection before delivery
May 27, 2020

EVP Rai Caluori takes his curtain call after 35 years with Princess Cruises
May 27, 2020