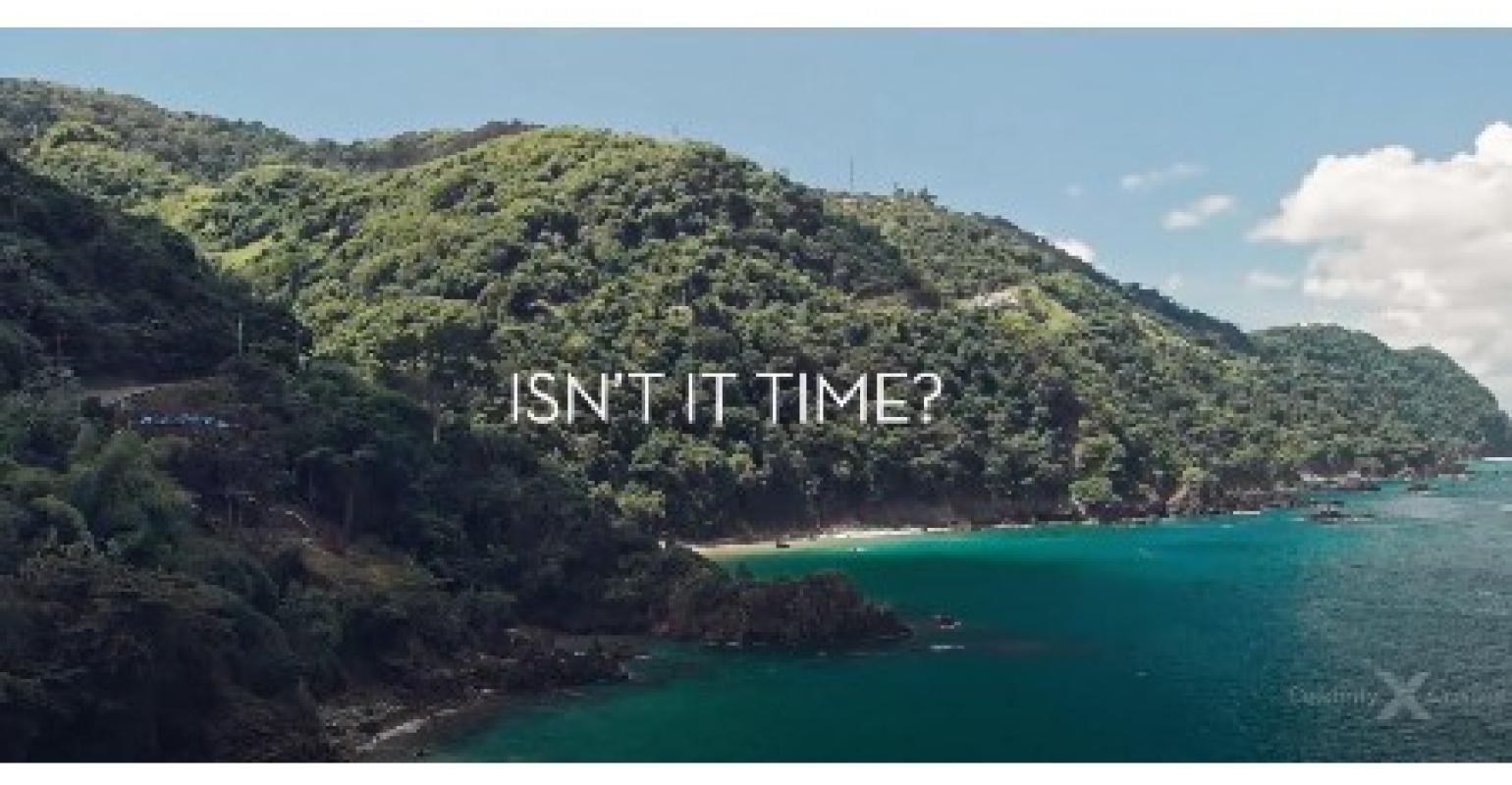 Celebrity Cruises' 'Journey Safe, Journey Wonderfull' is a multimillion-dollar global campaign — its largest ever — that urges travelers to reawaken their wanderlust and reconnect with the people and the world around them.

The campaign taps into the 'transformative wonders' of experiencing the world from the perspective of a Celebrity ship. It blends Celebrity's 'new luxury' experiences with places and people, and doubles down with a message of inclusivity.

The campaign’s television spot opens by asking 'How many precious moments have we missed?' before taking viewers on a journey filled with experiences and wonders one might not immediately associate with a cruise.

This is set to a remix of Louis Armstrong’s 'What a Wonderful World.'

The spot also reminds viewers there are new safety considerations in today’s travel environment that Celebrity takes seriously. After a pause of nearly 16 months, it became the first major cruise operator to carry passengers from North America and, then, the first to sail from a US port.

Celebrity's crew are full vaccinated for COVID-19, along with 95% of passengers.

'It took enduring a pandemic, where we were literally cut off from each other and the world, to recognize how powerful and meaningful travel is in our lives,' Celebrity President and CEO Lisa Lutoff-Perlo said. 'It’s not just a vacation. Travel is a journey, where our hearts and minds are filled with new people, new experiences, new realizations about ourselves and the world around us. And, as the first cruise line back in service in North America, we saw an opportunity to not just re-emerge, but reframe the Celebrity Cruises experience through this lens.

'Our new advertising campaign poses a question, "Isn’t it time?" And with the time and care we have put into our new health and safety measures, we think it is. It is time to see the world and each other, again, on one of the safest vacations possible,' Lutoff-Perlo added.

The campaign had a soft launch last week with out-of-home executions targeting US Open tennis fans. Using a combination of media channels, the brand begins online placements today that will be complemented by high-impact print and TV. A 60-second version of the television commercial that premieres tonight during primetime NFL Football, and can also be viewed below, seeks to challenge many of the stereotypes and cliches that surround cruising.

Tearing up cliches and stereotypes

'When you choose Celebrity Cruises, you’re choosing the best of everything: it’s a luxury hotel, it’s Michelin-quality dining, it’s a luxury spa retreat, it’s seeing all four corners of the world and meeting different people from different cultures,' said Michael Scheiner, SVP and chief marketing officer. 'This campaign tears up every cliche and stereotype that exists about cruising, and this is just the beginning of this type of work.'

The spots were produced using only library footage and stock videography which Scheiner called an 'allegorical tale of equality and diversity. We wanted the audience to, yes, marvel at the rich fullness of a Celebrity cruise, but we also wanted to draw attention to the diversity of people who travel with us and who you meet on your journey. I think we as an industry need to do more to celebrate and accurately represent in our advertising everyone who travels.'

The launch also kicks off a major brand refresh that will include overhauling the look and feel of Celebrity's social presence, including a reset of its @CelebrityCruises Instagram account that is representative of the message of 'wonderfull' experiences.