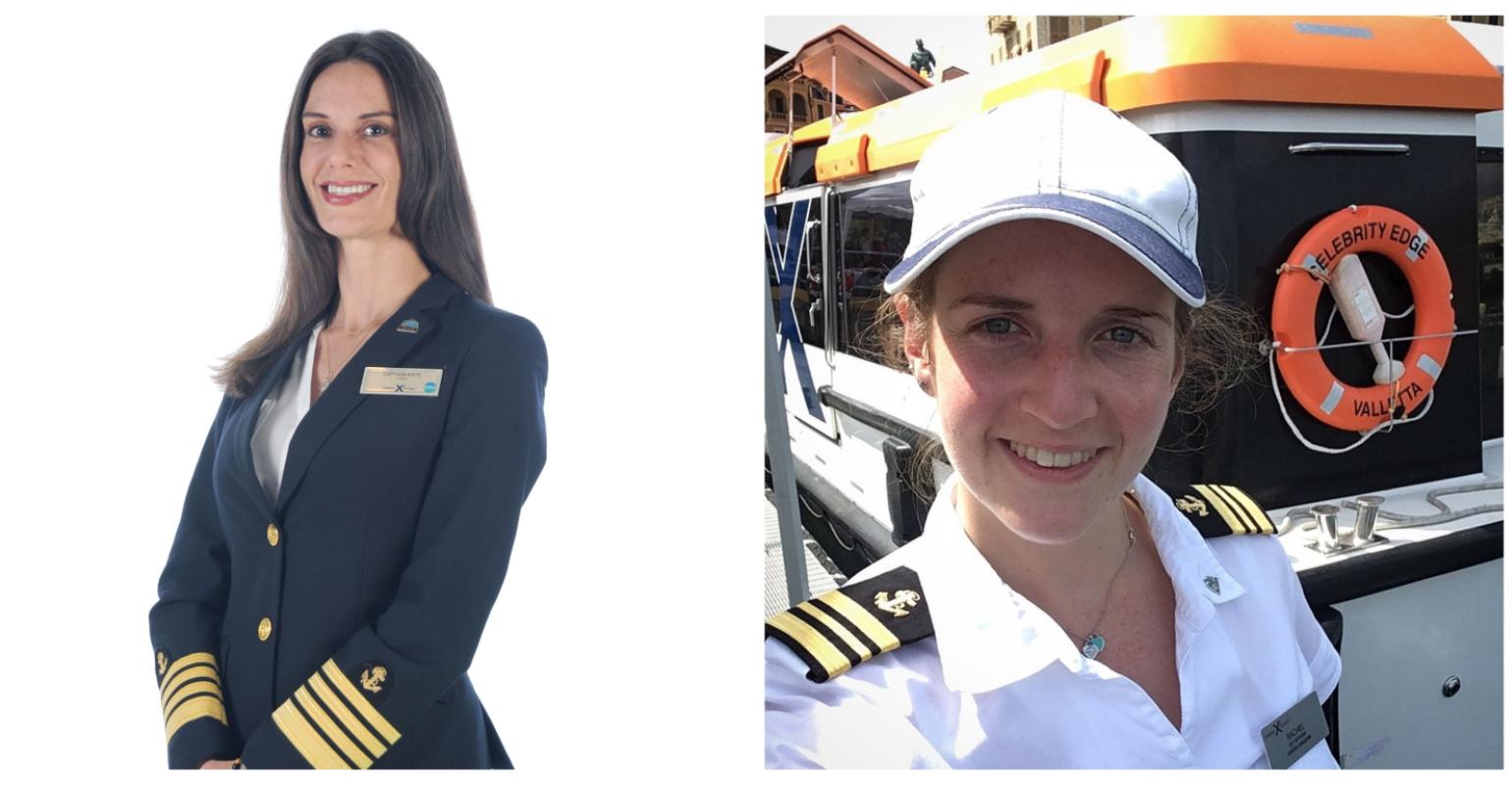 Led by captain Kate McCue, the first American female cruise ship captain, who was accompanied by 26 other women representing 16 different countries, Celebrity Edge sailed out of Port Everglades on a seven-day Caribbean sailing.

Retiring pilot boat captain Cheryl Phipps, one of only a few female pilot boat captains in the US, led the ship out to sea.  Against the night sky, the cruise ship was lit up with a vibrant purple glow, the colour associated with International Women’s Day.

Only 2% of the world’s seafarers are women. Celebrity made it a priority to #BRIDGEthegap and to growing the number of women on its bridge teams from 3% to nearly 25% over the last few years, ultimately, making this historic moment possible.

‘I fell in love with cruise ships at age 12 when my family took its first cruise vacation. At the end of the trip, I asked my Dad if he thought I could be a cruise director someday and he replied that I could drive the ship, if I wanted to. Five years later, I enrolled at the California Maritime Academy and nineteen years later I became a captain,’ said captain McCue.

‘I firmly believe that you have to see it, to be it. My hope is that today we inspire a new generation of young girls and women to chart their own course of pushing boundaries and breaking barriers to be whatever it is they want to be.’

Manning the bridge with 100% women

Lisa Lutoff-Perlo, president and CEO, Celebrity Cruises commented, ‘To “man the bridge” with 100% women and to fill every leadership role on board with women is truly significant. I am so proud of these accomplished women, who worked tirelessly to be the best person for the job in a traditionally male-dominated industry and I am honoured to work alongside them.’

Guest relations director Julie Sherrington one of three officers onboard from the UK said: ‘All women officers, a full women bridge, we’re making a mark on the industry!’