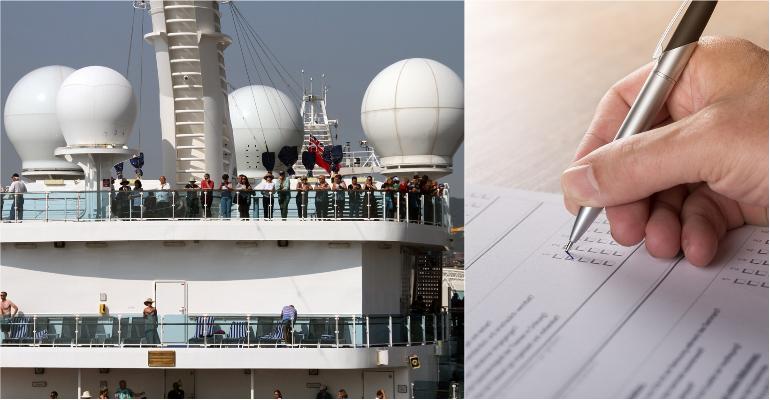 69% of international cruise holidaymakers stayed at least one night in their local destination prior to embarkation, with 43% extending the stay by two or more nights

An independent survey of more than 4,000 people from eight countries has revealed that demand for cruising exceeds levels from three years ago.

It shows that intent to book a holiday at sea among UK passengers is higher than in 2019: 85% of respondents who previously cruised said they intend to take a further cruise - a 6% increase from 2019. Among UK travellers who took a cruise in the last six months, 90% said they intend to cruise again. Of those who have never cruised, 66% are open to cruising, which is a 0.5% increase from 2019.

Andy Harmer, MD, Cruise Lines International Association UK & Ireland, said, ‘This year has been enormously encouraging for cruise, and it’s heartening to see demand for a holiday at sea is set to continue. The sheer number of repeat passengers we’re anticipating, combined with interest from those yet to sail, means the appeal of going on a cruise remains as strong as ever.’

He went on to say that ‘The economic advantages passengers bring to the destinations they visit is also clear, meaning local businesses - from taxis, to restaurants to hotels - benefit accordingly.’ Overall, 69% of international cruise passengers stayed at least one night in their local destination prior to embarkation, with 43% extending the stay by two or more nights. 67% stayed at least one night after disembarkation, with 34% extending by two or more nights.

Some 60% said they later returned to a destination they had first visited by cruise.

The percentage of international travellers who say the cruise industry is a leader in responsible travel reached 51%, a 9% increase over the past year. Remarked Harmer, ‘We’re delighted to see the raft of sustainability initiatives we have in place, including our 2050 net-zero carbon goal, were recognised.’