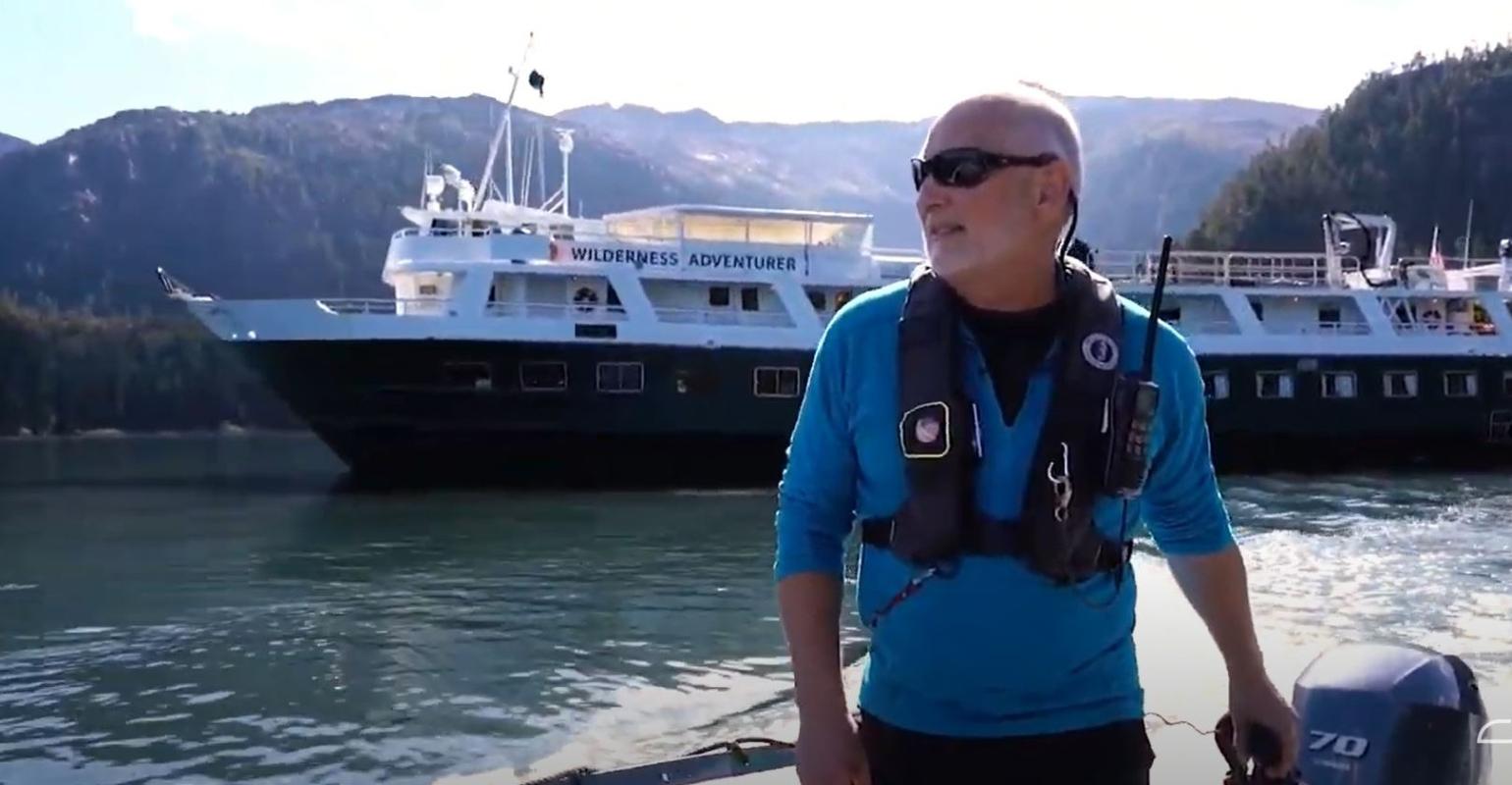 Capt. Dan Blanchard with UnCruise ship Wilderness Adventurer in Alaska. 'Sailing in Alaska this season will be more pristine than ever, and not likely duplicated anytime soon,' he said
Seattle-based UnCruise Adventures said it has accelerated conversations with Congress on behalf of the US Overnight Passenger Small-Boat Operators Coalition.

The impact of COVID-19 on travel and cruise operators called for a new strategy to cope with the current situation and address what Capt. Dan Blanchard, CEO of UnCruise and the architect of the coalition, called the 'outmoded definition of cruise lines.'

The coalition was formed in March to serve as a united voice to raise the visibility of small-boat operators and clarify their differences from the big-ship lines.

The includes differences in ship size and the distinct challenges of small-boat operators. Members weigh in on how regulation, growth and cost drives their current efforts. The coalition is working with officials to redefine their sector, which will affect future endeavors and how this industry rebounds and rebuilds.

'The ability for small size cruise companies to continue to create their own definition will be key to their vitality and growth going forward,' Blanchard said. 'We have come together to advance the recognition of the domestic contribution of US small boat operators and to effectively educate the public.'

The challenges and advantages of small boats are part of governmental discussions to reclassify cruise line terms and regulations. UnCruise Adventures said it is more aligned with the adventure travel industry than with the large ship world but many in the industry and the general public don’t recognize the differences.

UnCruise was concerned that when it came time for COVID-19 relief funding, the small US operators would be lumped into the federal government's position on large cruise ships. This included a need to carve out enhanced definitions for US-flag ships in the CARES Act and beyond.

'There is a need for us to be defined separately and there have been many letters and conversations with Congress on our behalf that have worked in separating us from large ships,' an UnCruise spokeswoman elaborated. Going forward, the coalition has an interest in both educating the public on the differences and in how the CARES Act is implemented by the Treasury.

'Outside of educating people, we understand that instilling passenger confidence in travel as a whole is a large responsibility. We are deeply grateful for the incredibly dedicated small-boat owners, our crew and our guests, without whom the adventure wouldn’t be worth it,' Blanchard said.

Ships carrying under 250 not part of no-sail order

Many of the coalition's members could theoretically be operating now since most of their ships are under the 250-person threshold in the US Centers for Disease Control & Prevention's no-sail order.

As the CDC stated in its April 15 rule: 'Based on substantial epidemiological evidence related to congregate settings and mass gatherings, this order suspends operation of vessels with the capacity to carry 250 individuals or more. Evidence shows that settings as small as nursing homes or movie theaters can proliferate the spread of a communicable disease. As the numbers of passengers and crew on board a ship increases, certain recommended mitigation efforts such as social distancing become more difficult to implement. In light of the demonstrated rapid spread of this communicable disease in current cruise ship settings, application of this order to vessels carrying 250 or more individuals is a prudent and warranted public health measure.'

However, state and local conditions may not currently allow for operations. And, as UnCruise pointed out: The travel industry as a whole, and particularly cruise operators due to the negative impressions of the pandemic, will need to assure people it is safe to travel.

For operators like UnCruise, 'We also have close relationships with the small communities we visit, and we don't want to go anywhere that would cause uncertainty. We are working with local and state municipalities to affirm details and are looking at mid-July to resume operations,' the UnCruise spokeswoman said.

Sanitation and additional training are top of mind, she added. The protocols are constantly changing and what can be done with social distancing aboard ships, along with small-group field operations, is being reviewed.

As a result, 'We are looking at July and August for the market to return and the possibility of access to approved testing. We have many loyal adventure travelers who have supported us through this and are yearning to get back on board.'

Alaska will be very different this season

If small-ship operators resume, they may have some areas to themselves, given many big-ship service suspensions in places like Alaska.

'Sailing in Alaska this season will be more pristine than ever, and not likely duplicated anytime soon,' Blanchard said. He added that Alaska 'has always had my heart. I've sailed there since I was a boy and I'm excited to get back on board. With anything we do, we will respect local community requests and in part, our sailings are determined by the market.'