Contrary to reports, cruise ships are not banned from Venice 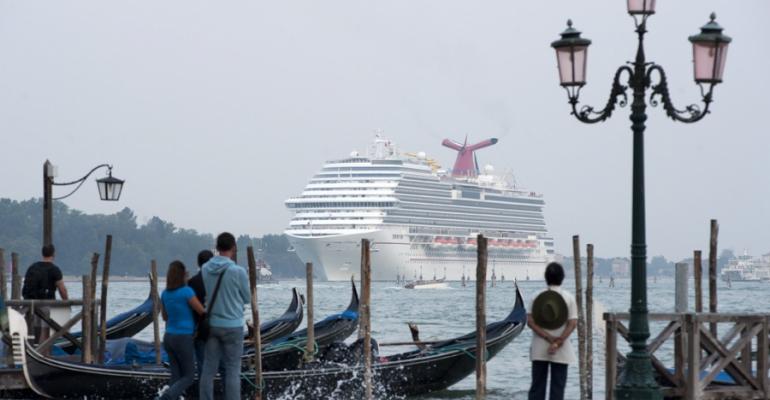 Big cruise ships are still allowed to operate in Venice while alternatives are under consideration
Italy's Minister of Transport Danilo Tonelli is reported to have said that by next year a third of Venice’s cruise calls would be redirected to berths at neighbouring ports on the Italian mainland.

He made his comment speaking in front of Parliament's Transport Commission on Wednesday, following a meeting on Tuesday to discuss alternative berthing options both inside and outside the Venice Lagoon, to divert cruise ships from the Guidecca Canal. The meeting included local port and shipping institutions, operators and security authorities.

Speaking in the Italian Parliament yesterday, Toninelli reported he has set up a working group to look at alternative solutions that could see some ships rerouted to the mainland Fusina and Lombardia terminals until the end of the year, but no decision has been made.

All involved parties are to provide technical solutions by August 19 and a new technical meeting will take place on August 23 to allow everyone to submit their solutions to the minister in the week starting August 26.

But permitting for alternative berthing could prevent any decisions being actioned in a short timeframe.

CLIA confirms there is no ban

Cruise Lines International Association confirmed there is currently no ban on cruise ships visiting Venice. Discussions concerning the future use of Guidecca Canal have been ongoing for several years and those discussions continue today without any conclusion, CLIA said.

From September, cruise ships can still enter the Guidecca Canal but some will need to find alternative berths within and outside the Lagoon.

There are already major problems associated with the alternative berth solutions, from a security point of view as well as how to transport passengers from these berths. Marghera, for example, is located amid industrial facilities and lacks a passenger terminal.

A long-term solution to the Venice access stalemate will come later and will involve all the local parties, Toninelli said.

Seatrade Cruise News contacted both Venice Port Authority and Venice Passenger Terminal but neither was prepared to comment at this time.