Coronavirus set off ‘near panic’ among travelers, Del Rio says 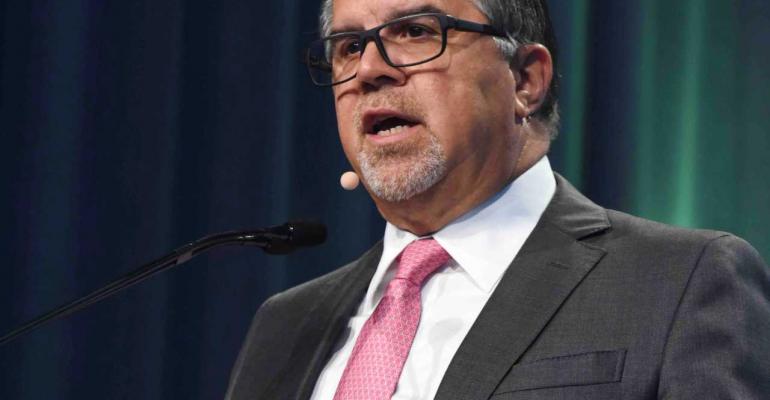 Frank Del Rio said that after past events, it has typically taken eight weeks from the time the issue peaks for bookings to return to a normal pattern
Coronavirus fears have caused a ‘near panic in the traveling public,’ Frank Del Rio, president and CEO, Norwegian Cruise Line Holdings, said Thursday.

With the cruise industry at the forefront of the headlines, that has led to a ‘meaningful decrease in new bookings’ and 'meaningful increases in cancellations,' not just in Asia but across the board.

This has been similar to past events, geopolitical or during the financial crisis. ‘What’s a little different with this is the increase in cancellations,’ Del Rio told analysts on the company’s earnings call.

Decline/cancellations slowed in past five days

During the past five days, however, the decline in booking volumes at NCLH has moderated, and cancellations have decreased compared to the prior three weeks.

‘I’m hopeful we’ve seen the worst of the bookings slowdown and we can begin the healing process,’ he said,

Comparison to past events

According to Del Rio, after past events it has typically taken eight weeks from the time the issue peaks for bookings to return to a normal pattern.

Meanwhile, business is soft. 'People are scared to travel, not just on cruise ships, but on airplanes … Until we see the leveling off of new cases and the cruise industry not being the poster child for the virus, this may continue for some time.'

The NCLH chief predicted some pricing deterioration in the short-term, with yields likely to decline industry-wide.

Any pricing action on NCLH's part, though, will be ‘heavily skewed to the value proposition’ as the company strives to keep its marketing-driven strategy in what is viewed as a temporary situation.

Del Rio added it’s fortunate consumers have a relatively short memory when it comes to negative incidents, many of which have been brand- or company-specific.

For now, NCLH has canceled all Asia sailings. It will have no vessels in the region through the third quarter.

Though bookings across the board have slowed, it appears that closer-to-home destinations like Alaska and the Caribbean are faring better with North American customers, Del Rio said, adding that many Caribbean cruises are accessible without getting on a plane.

NCLH is estimating a 75-cent impact on 2020 earnings per share due to coronavirus, with 25 cents of that likely to be in the first quarter. That is direct impact from 40 affected voyages and doesn’t include indirect impacts.

Shares were down nearly 5% at midday Thursday.