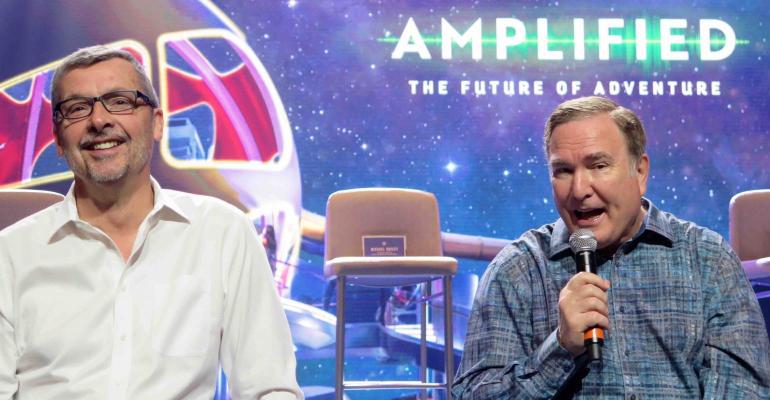 Coronavirus tests may be mandated for Caribbean cruises and a regional task force is in place, while it's possible service could resume in China and Australia before end-October, Royal Caribbean officials said Monday.

MSC became the first cruise line to mandate coronavirus swab testing for all passengers before embarkation in Europe, and Royal Caribbean International President and CEO Michael Bayley indicated that's being considered by his company, particularly for the Caribbean.

'Testing seems to be very relevant and discussions are under way ... Testing is part of the thinking, but we have not yet reached a point in our protocols where we're ready to publish and release for discussion,' Bayley said during RCL's second quarter earnings call.

'But it's very likely testing will occur,' Bayley continued, ' ... Particularly as it relates to the Caribbean, that testing is very much at the front of how people are thinking of protocols for returning.'

The Florida-Caribbean Cruise Association has formed a task force with tourism ministers and many prime ministers from the Caribbean and Latin America participating. The purpose is to 'start thinking through how we're going to safely resume,' Bayley said.

The prevalence of the virus in the source markets and at the destinations is key.

Certain US states like Florida, one of the coronavirus hot spots, are important source markets for Caribbean cruises.

But 'we do draw from the entire country and of course we have an extensive international footprint as well,' Bayley said.

The Healthy Sail Panel is likely to release its findings by late August, Bayley indicated. However, just a few days ago, Norwegian Cruise Line Holdings CEO Frank Del Rio put the timing as around when the US Centers for Disease Control and Prevention's public comment period closes, on Sept. 21.

Bayley predicted some 'meaningful discussion' with CDC could start toward the end of September.

Royal Caribbean Group Chairman and CEO Richard Fain cautioned the process will work more like a dimmer than a light switch. Some things may emerge in early fall, he said, but then there will be changes. It will be a continuous process.

The Royal Caribbean Group's sailings are suspended through October, with two exceptions: China and Australia.

'It may well be possible that we'll resume operations in China, and potentially Australia, before the end of October but it's uncertain,' Bayley said. 'I'm not making any statements that's going to happen, but there's some possibility,' he added.

The recent restart of cruises in Europe will provide insight for the industry.