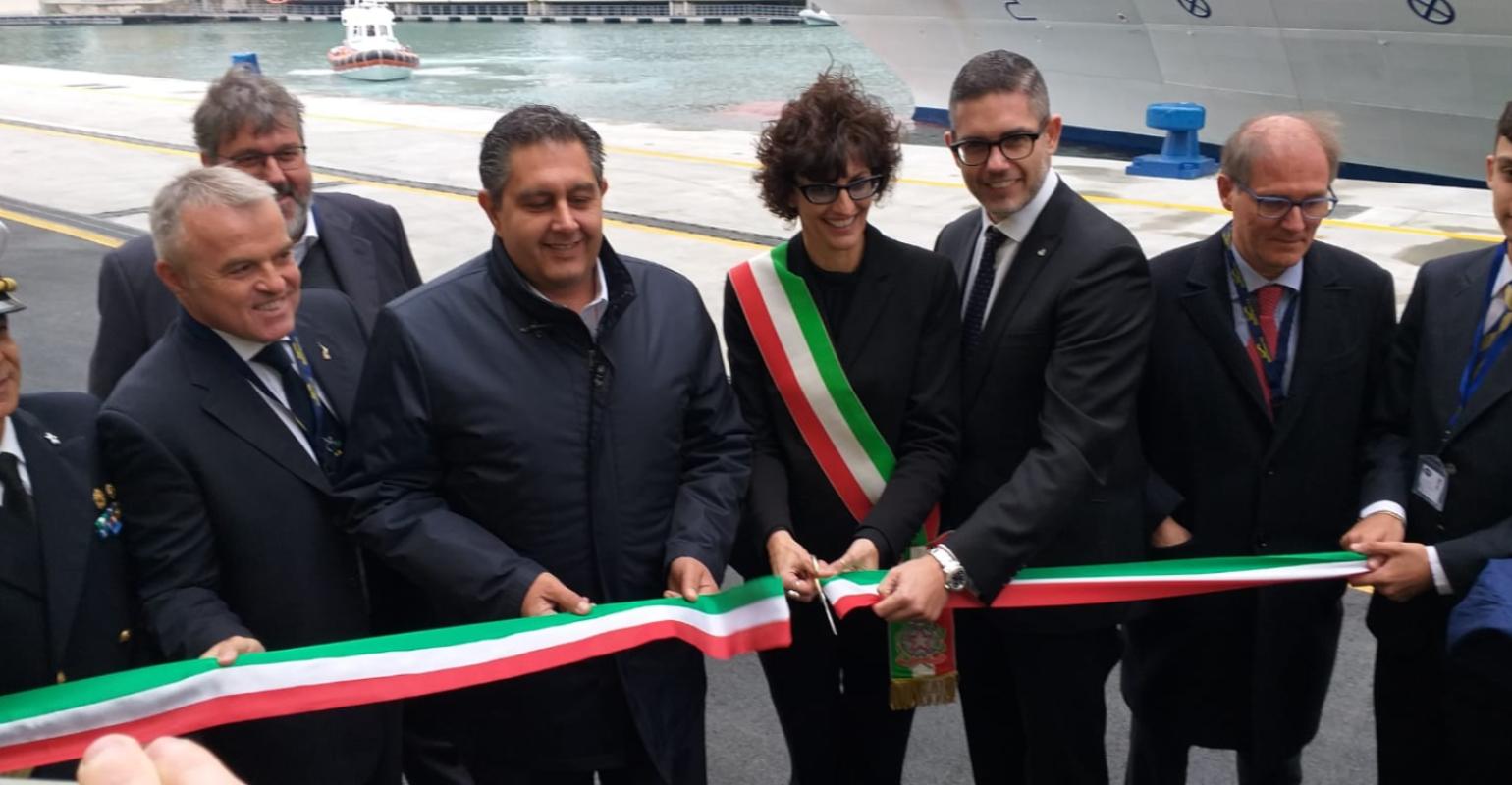 The Western Ligurian Sea Port Authority paid to renovate the quay, and Costa the terminal.

The work, completed on time, adapted the main cruise quay to suit the latest generation of ships. This entailed increasing depth alongside from nine meters to 11 meters and reinforcing quays 9 and 10 plus the installation of scaffolding supported by pillars on the front of quay 8. The €17m project by the Western Ligurian Sea Port Authority kept to the timetable for Costa Diadema’s arrival.

‘Savona and Genoa are in the top 10 Italian ports with a positive trend for the current year and excellent forecasts for 2020 that reinforce this trend, making Liguria the top Italian region in terms of the number of cruise travelers received,’ he said. ‘The efforts made by the Port Authority and Costa Cruises are an important confirmation, coming at the end of a difficult year which has seen all the institutions involved in a relaunch following the collapse of the Morandi Bridge in Genoa.’

For its part, Costa invested almost €5m to update Palacrociere terminal 1. Following a competitive tender process, the work was carried out by six companies from the Savona area. This involved redesigning the entrance hall, where the fountain was removed, rebuilding the reception desk and widening the security area, which was fitted with four X-ray machines.

Also, to help regulate passenger flow, part of the terrace, measuring 130 square meters, was covered with glass and will be used for in-transit passengers, with an additional four X-ray machines. Signage was replaced and a connecting bridge built between the two higher floors. The biggest investment related to the two suspended walkways that connect the terminal to the ship. These glass and metal structures weigh 96 tons, measure 30 meters by 10 meters and are 18 meters high.

Furthermore, to improve pedestrian flow and safety on the Via Gramsci in Savona, close to the crossing opposite the dockyard, Costa will fund the purchase and installation of a new ‘on-demand’ traffic light system.

‘The inauguration of this new port infrastructure, resulting from the fruitful cooperation with the Port Authority, consolidates our strategic development plans for Savona,’ Costa President Neil Palomba said. The terminal and quay will accommodate the new LNG-powered Costa Smeralda.

The ship is scheduled to call  every Saturday starting Dec. 21. As a result, in 2020, Costa expects its Savona traffic to grow to 900,000 passenger movements.