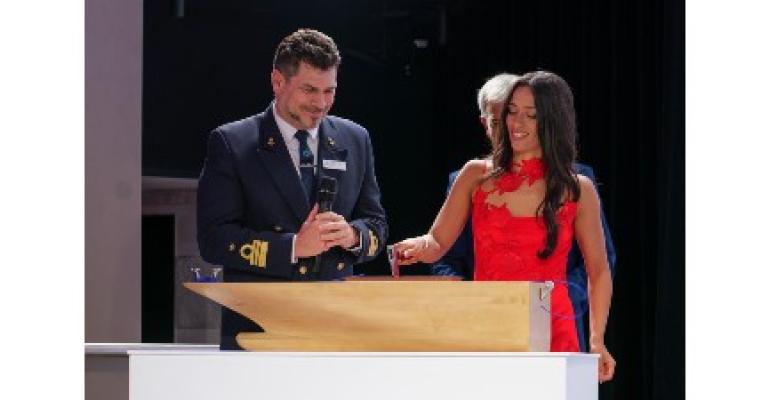 Accompanied by Capt. Pietro Sinisi, the godmother chopped a ribbon that sent a bottle smashing on the bow. 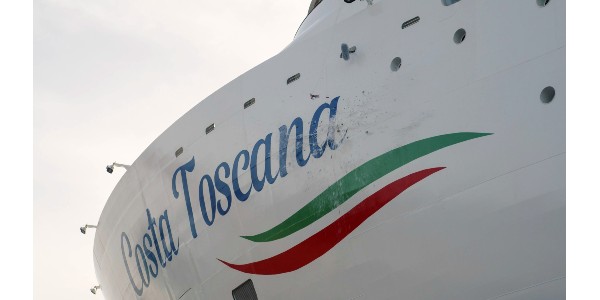 Costa President Mario Zanetti said the event was timed to the return of summer vacations in a city that's always been key for the line. He added the festivities featured 'the excellence of Costa's offerings in all aspects, from high gastronomy to high quality entertainment, to unique experiences ashore.'

Spanish television stars Carlos Sobera and Flora Gonzalez served as the masters of cermonies for the event. One highlight was a performance by Andrea Casta, an Italian artist known the world over for his electric violin and its luminous bow. 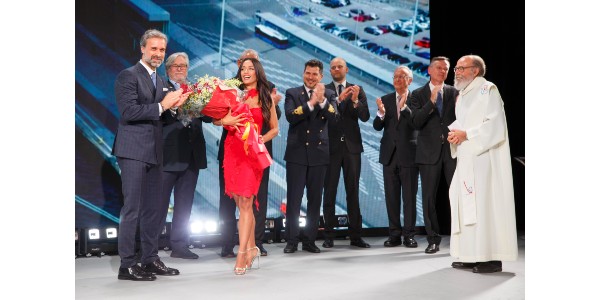 Mario Zanetti and officials of Costa Group, Carnival Corp. and Meyer Group give the godmother a hand

The party continued on the aft Piazza del Campo terraces, with the Molecule Show, a spectacle featuring a cluster of 300 helium-inflated spheres that lifted an acrobat over a trapeze, allowing her to fly through the sky.

The aperitif and gala dinner were designed by Spaniard Ángel León, known as the 'chef of sea,' whose restaurant Aponiente has three Michelin stars. Leòn is a partner of Costa Cruises, together with two other world-renowned chefs, Bruno Barbieri and Hélène Darroze.

Other Spanish celebrities on hand included the Spanish actor and singer 'El Sevilla.' On Costa Toscana's journey  from Barcelona to Valencia, guests will be entertained with a DJ set by Meduza, the world-famous Italian trio of house music producers.